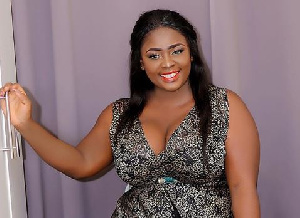 No interviews in 2021 – Tracey Boakye says amid pregnancy rumours

Actress Tracey Boakye says she is not accepting interview requests from media houses this year.

According to her, unlike last year where she was all over the news due to her friction with Member of Parliament for Assin Central, Kennedy Agyapong, among others, she has decided to stay away from the media, henceforth.

All media houses calling me for interviews, I beg, this year, I said I am not talking . Thank you, she wrote on her Instagram Stories.

Meanwhile, her statement follows wild rumours circulating on social media that she is pregnant.