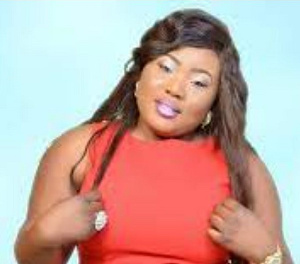 Briefing the court, the prosecution officer, Detective Inspector Frederick Sarpong, said the accused person—popularly known on social media as Ohemaa Jackie—has been advertising on her platforms her ability to secure travelling passport and resident identity cards of countries within the European Union (EU) for clients at a fee.

The complainant, Babara Adu-Boahene who is a trader and a resident of Accra, together with a principal witness in the case subsequently spotted the ad in the month of February 2021.

Being interested in effect, Babara engaged the services of the accused person, only to realise on March 30, 2021 at the Kotoka International Airport that she had been duped of some twenty-one thousand euros (€21000), when immigration officers arrested her for presenting fake Italian passports for herself and her little daughter.

Ohemaa Jackie, upon her arrest and arraignment before the court on September 8, 2021—after a report was filed against her with the National Security—pleaded that she be granted bail on grounds of being a gospel musician and a social media influencer.

The trial judge refusing to grant the plea prayed by her lawyer Peter Sarfo, remanded the her into custody till September 16, 2021 when the case will be continued.

WATCH: Shatta Wale shows off his 7 houses and Bank Accounts as he replies David Nicol-Sey