Home / ENTERTAINMENT / SAD VIDEO: Man dies mysteriously while dancing with a lady in a concert 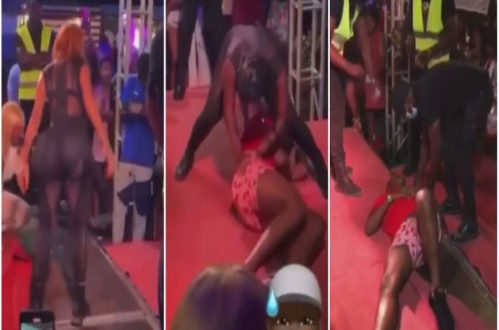 There was shock and panic in a concert when a middle-aged man collapsed and died when he was dancing with a lady in front of hundreds of revellers.

A video that has taken the internet by a storm shows an energetic lady, who was rocking an attire that left little for the male revellers to imagine, pulling dangerous stunts by jumping on the poor boy child like an antelope as the music was blazing from the speakers.

Shortly after, the man collapsed leaving the revellers in shock.

Bouncers rushed to save his life but unfortunately, he lost his life.