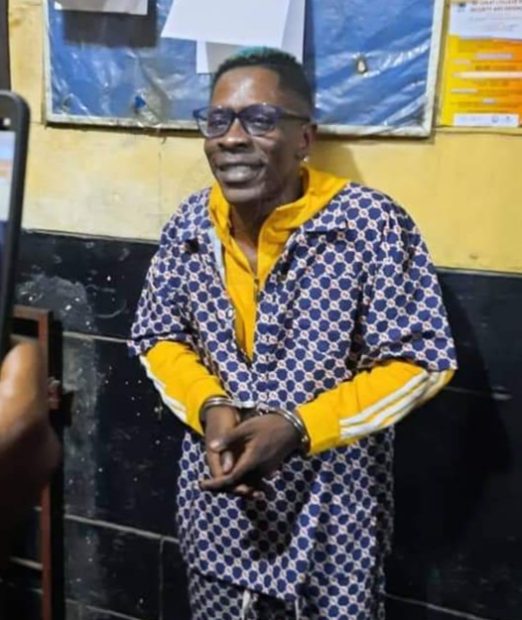 • Shatta Wale has been arrested by the Ghana Police Service
CHECK OUT THIS: 44 villages in Drobo State support the Anti-LGBTQI+ Bill, warns MP not to vote against it

Charles Nii Armah Mensah, popularly referred to as Shatta Wale, has been arrested by the Ghana Police Service.

The 37-year-old’s arrest was announced on Tuesday, October 19, 2021, via the social media handles of the police service.

The arrest comes 24-hours after a piece of viral news was circulated to the effect that he (Shatta Wale) had been shot by unknown gunmen, which news turned out to be a hoax.

Police had earlier arrested two persons in connection with the news which they said had the intent of spreading fear and panic.

In the said release, the police said they were also seeking for Shatta Wale and one Deportee for their alleged knowledge of the viral piece of news.

“Shatta Wale and one other person popularly referred to as ‘Deportee’ are currently being pursued for their possible involvement and knowledge of the circulation of false information with the intention to cause fear and panic,” the statement read.