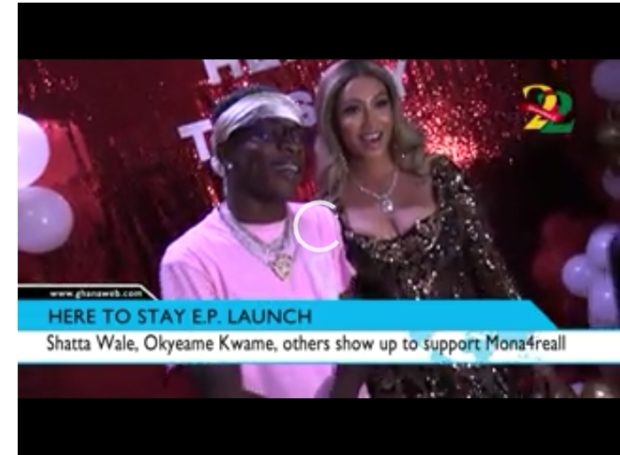 • ‘Here to stay’ has six songs

• Mona4reall released her first song in 2020

Scores of Ghanaian celebrities trooped into the Silverbird Cinemas in Accra to support Mona4reall at the release of her maiden E.P., dubbed ‘Here to Stay’.

The likes of Shatta Wale, Okyeame Kwame, and D-Black threw their weights behind the budding singer who launched her much anticipated E.P. on Thursday, October 15, 2021.

Patrons had the opportunity to view the visuals of all six tracks on the E.P.

It is also interesting to note that all music videos showed at the event exhibit dazzling qualities as well as good video directions with a touch of professionalism.

The singer who doubles as an entrepreneur was ushered into the music industry in 2020 after she released singles including ‘Badder Than’, ‘Fine Girl’, and ‘God’s Child’.

She was also adjudged the Uncovered Artiste of the Year with her ‘Baby’ song at the 2021 Ghana Music Awards UK which was held on October 10.