It seems 2021 has been extremely good for some Ghanaian artistes as they have taken to social media to ‘pressurize’ fans with their powerful vehicles.

In two separate developments, Shatta Wale and Stonebwoy have been captured showing off their latest ‘monster vehicles’ which has generated some controversy on social media.

It all began when Shatta Wale, returning from a social media hiatus, ‘drove in’ with his $330,000 (GHC1.9million) worth Rolls Royce Cullinan.

His actions caused a stir on social media with some alleging that the vehicle is originally owned by one of his friends in the United States where Shatta currently resides.

Days later, Stonebwoy has also been captured with his brand new Mercedes Benz Brabus, as he gave his fans a glimpse of its interior.

This was captured a video making rounds on social media.

In a different picture with his new sleek white Brabus, the dancehall artiste was seen posing in front of a billboard which announces his one-year anniversary concert to commemorate the ‘Anloga’ album.

Perhaps, he purchased the new machine to celebrate the ‘year-long’ success of the album.

It can be recalled that a similar event occurred in 2020 where Stonebwoy and Shatta Waleembarked on ‘car flaunting challenge’ with their Range Rover Velar and BMW cars respectively. 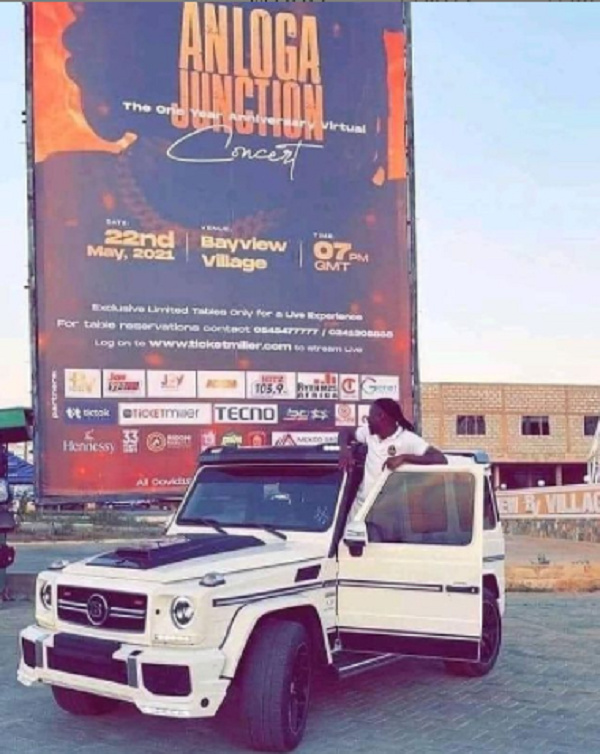 Kwame Yeboah wins Instrumentalist of the Year at 39th IRAWMA

VIDEO: Drama as lady is seen pleading with taxi driver as boyfriend refuses to pay