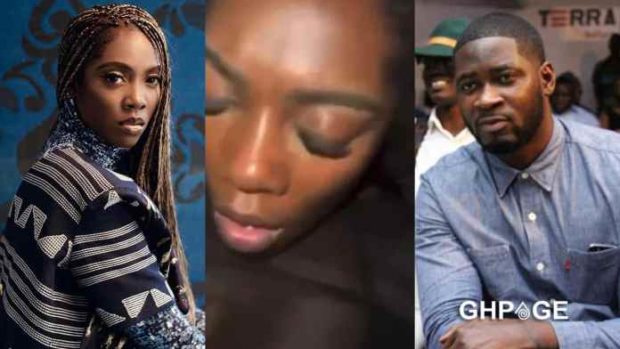 TeeBillz, the ex-husband of Nigerian singer Tiwa Savage has reacted to her adult video that surfaced online on Monday evening, October 18, 2021.

During her stage performance at the Eko On Show concert this past weekend, Tiwa made a joke about the sex tape and assured the public they will never get to see it.

However, the video made its way to the internet and stirred fresh reactions on social media, with many criticizing her.

After the video went viral, the Nigerian singer took to Instagram to boldly call out the one blogger, Gistlovers, as the mastermind behind the tape.

“You hated how I was able to control the narrative and get ahead of the story before it consumed me and how I’m able to joke on stage about something you thought should destroy me and make me feel ashamed,” she wrote.

Reacting to the development, Teebillz, known officially as Tunji Balogun, shared a cryptic message via his Instagram story on Friday warning that people should be wary of the sort of company they keep around them.

In his post, he wrote: “Who is around you and who is down for you are two different things”

Related Topics:ex-husbandTIWA SAVAGE
Up Next