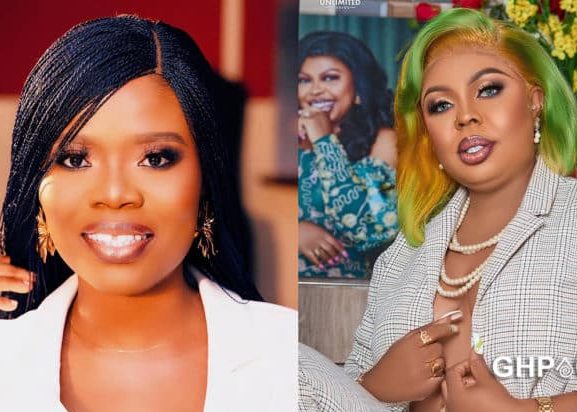 Delay delivered an epic introduction of herself on her show recently as she took a subtle swipe at Afia Schwarzenegger using wordplay and proverbial statements.

The TV personality described the trio as dumpsite-feeding birds as she touted herself as an Eagle with enviable qualities above them all.

In response to the video, Afia Schwar also took Delay to the cleaners using unprintable words to thrash her.

In a video sighted by GHPage, the comedienne described herself as the true Eagle of the sky which wields so much pride and strength.

Afia Schwar further claimed that Delay wanted former Ghana International footballer Jonathan Mensah to sleep with her but the athlete turned her advances down.

Their friendship, however, turned sour and broke down beyond repair.