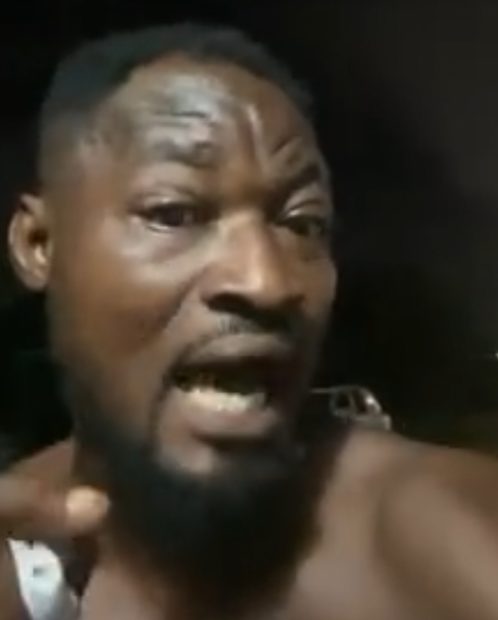 According to the actor, his ex-wife, who is now married to another man, is one of the main reasons for his deteriorated mental health.

In his attack against her, the ‘Children President’ invoked curses and swore that she would never have children of her own.

He also took a swipe at Elizabeth for making his life miserable and alleged that at a time they were married, she was having series of extra-marital affairs with her current husband.

“Herh Yaw Boateng, you have followed a*s and disappointed yourself, I have been crying. This life is wicked, do you know that the guy my ex-wife got married to is called Blazer, yes and he was the guy that she cheated on me with during the relationship. THE PAIN in my heart is too much .. they made a GAY went to marry my Ex POLICE wife. Herh woman go show you … Someone has slept with my wife and married her, I didn’t take the 7:30 medicine, it calms me down,” he stated in a video shared on his Instagram platform.

“Someone has slept with my wife and married her, another one too has given my child to another man because of money, Yaw Boateng I am tired … I want to go to Psychiatric again, take me back to psychiatric. He was with Blazer before she met me, so when I was with her, she was still sleeping with the guy. I caught them and I said I can’t, that was when she came to lie on me that I was a two-minute man. Today look at what God has done, the two-minute man is giving birth up and down, how about you my sister? I know we don’t tease people with childbirth.” he added.

Radio Gold, XYZ, 131 others yet to receive re-authorization letters from NCA – GIBA