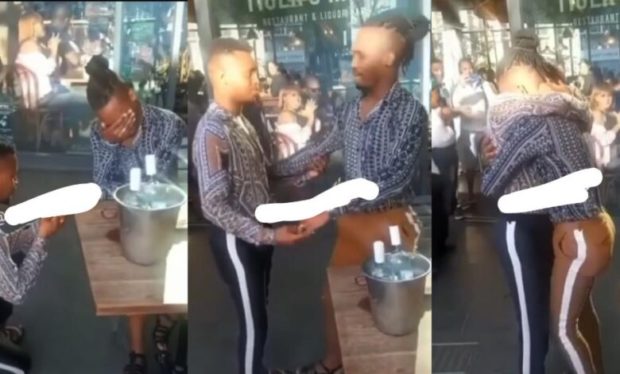 A viral video that has been going around and at the disposal of mynewsghana.net has shown moments that a young man who is gay was seen proposing to his partner at a restaurant.

In the video which has since gone viral, the two Gay couples were seen kissing and hugging after his proposal got accepted by his partner.

People who were at the Restaurant during the proposal cheered them on as they shared in the joyous moment of the couple.

Well, all we can say is that we wish them the best of luck.