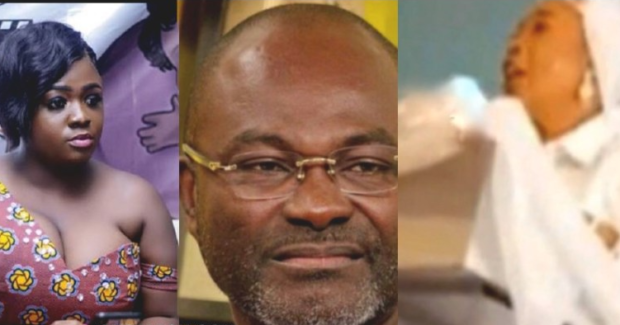 Tracey Boakye has reacted to Prophetess Comfort Konadu’s revelation about her imminent death should she fail to apologize to Kennedy Agyapong.

The Canada based prophetess says God revealed to her that Tracey Boakye will die in 8 weeks time if she doesn’t apologize to the member of parliament.

Reacting to the revelation, Tracey Boakye says she doesn’t believe in anything, that’s why she doesn’t go to church but state indoors to pray.

She stressed that everybody will eventually die so if God wants her dead for this, so be it.

According to Tracey Boakye she didn’t start the beef and that Kennedy Agyapong insulted her on three occasions before she decided to go to the gutters with him.

Mugabe reveals deep secret about Sarkodie and the NPP