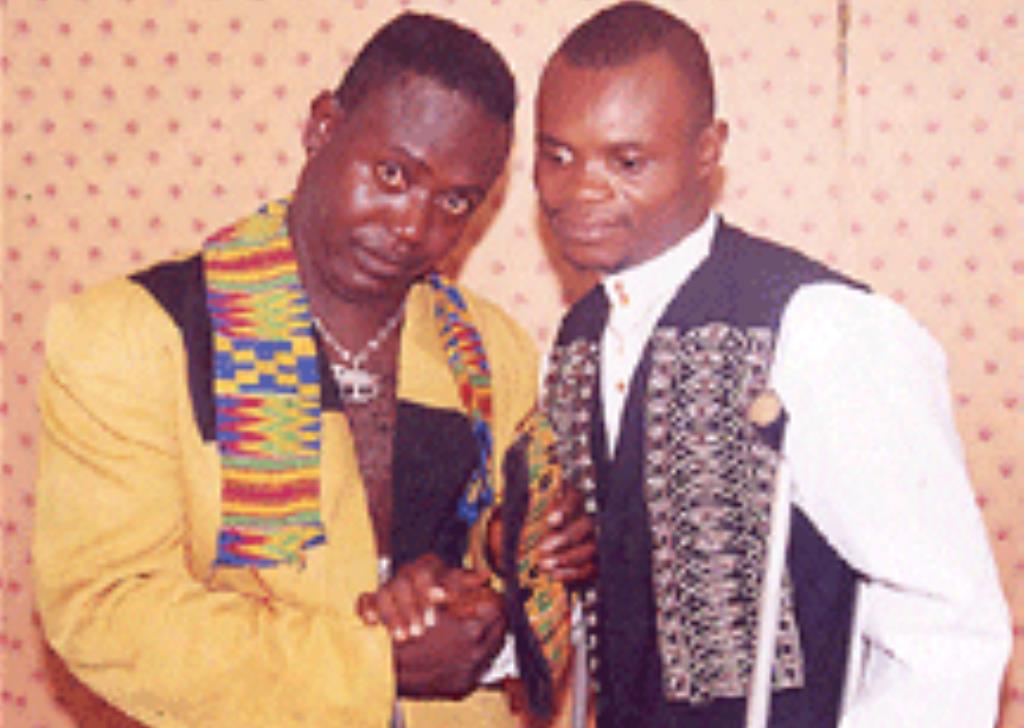 Ace Highlife Musician, Frank Mensah Pozo has in a shocking revelation disclosed that his close ally and music partner, Tommy Wiredu was killed in what he believes was a planned assassination and did not commit suicide as it was widely reported, MyNewsGh.com reports.

Recounting the events that led to the demise of Tommy Wiredu on Kumasi-based Pure FM’s ‘Hammer Time’ entertainment program, Frank Mensah Pozo remarked that he has prevented himself from commenting on his brother’s death for so many years because he is still wrecked by the ordeal as his career experienced a rack after his passing on.

Tommy Wiredu was on Monday [April 7, 2003] morning found dead in what was reported as suspected suicide in his room at Dichemso, a suburb of Kumasi.

He was found hanging with a nylon sponge tied around his neck on a crossbar in his bedroom with his tongue protruding.

No clue of the cause of his death was readily available when policemen visited the scene near a drinking spot, popularly called Daasebre Spot, as no message was left in his room.

Still shocked about the spectacle almost two decades on, Mr. Mensah Pozo told host, Hammer Nti that his music partner like any human being had life challenges which turned out to be overwhelming and frustrating but he never looked like the suicide type and his point is consolidated in the fact that some of his room’s window louvres had been removed in what looked like a break in when he was found dead.

He stated that he believes Tommy was killed in what looked like a planned assassination as he had persistent harassment from some friends that he owed coupled with several altercations with his baby mama who was then living at Asawase, a suburb of Kumasi.

Before his demise, Tommy Wiredu was alleged to have collected GHC25 million (old Cedis) from his friends with the assurance that he would take them abroad on one of his trips but he failed to honour the promise which earned him unceasing harassment.

It said after selling the car to settle part of the debt, Tommy, who could not withstand the constant pressure from his friends and the Police, sneaked to Accra but was arrested on Friday, April 4, 2003.

Reports indicated that his mother who heard of his arrest with the help of some friends managed to secure a bail for him at the Tesano Police station and later escorted him to Kumasi.

It said the family were making arrangements to settle the debt to enable Tommy to concentrate on his career when the shocking news broke out in 2003. He is survived with a wife and a son.

Tommy Wiredu has hits songs like ‘Susubiribi’, ‘Abebrese’, ‘M’ani da wo so’ and many others to his credit of which he partnered Frank Mensah Pozo on.

Watch the full interview of Frank Mensah Pozo narrating the events leading up to his death here.

Related Topics:Tommy Wiredu
Up Next

I have not been ordered to pay GHC1.5 million – Obinim