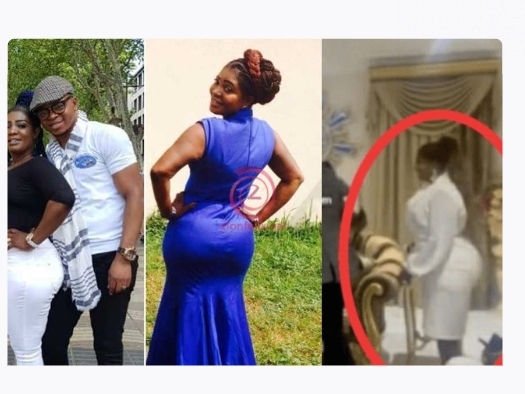 Florence Obinim, the wife of Bishop Daniel Obinim has reacted to claims that she has enhanced her bu*t.

The inactive Gospel musician was accused of doing surgery to get a big backside.

This accusation came after a photo of her at the recent birthday party for Bofowaa popped up.

Reacting to this in a video Zionfelix.net has come across, Mrs Obinim denied such claims.

She stated that she took after her mother, Akua Serwaa, who had big bu*t.

According to her, most of her family members are slim, but they grow bigger and have a nice body shape after giving birth.

Florence Obinim added that she has been exercising a lot, and that has contributed to the sudden change.

VIDEO: ‘We are made by the fans’ – Shatta Wale sprays cash on fans in Ada