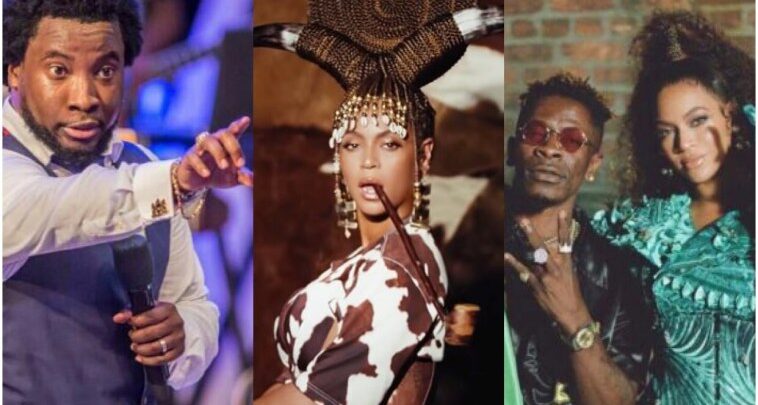 Revered  Ghanaian gospel Musician and Man of God, Dr. Sonnie Badu has opened up on the negative buzz on Beyonce and Shatta Wale’s “Already” music video in regards to men of God and other people tagging it as a satanic work.

In an Instagram live chat with Celebrities Buzz TV, the US-based pastor noted that it’s time we hail our creatives with a positive mind instead of trying to pull them down using baseless conspiracy theories.

He stressed that the video is an incredible one and there’s a need for it to embrace and celebrate it instead of trying to downplay it by linking it to occultic powers — which may not be the case.

Even if it’s Illuminati, it’s between her and God. You’re not the one that’s going to judge… Whatever she’s doing, she’ll be judged so you’re not the one to judge, the Bible says “Judge not so that you may not be judged. And if you have a problem, create your own so we can watch it.

“But for now, let’s not do anything to disrespect what they’ve done.”

Can A Board Chairman Issue A Letter Without The Consent Of The C.E.O? – A Concern Movie Producer Asks NFA