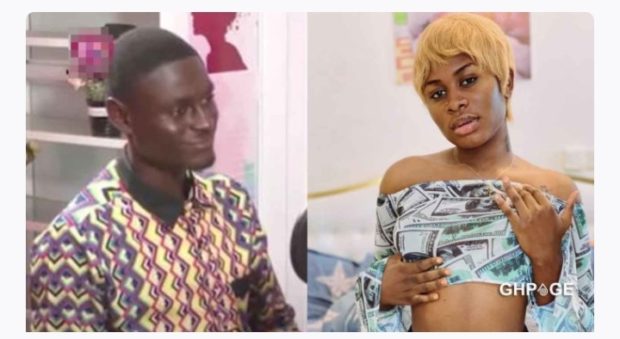 The young man who identified himself as Sherf Jackson revealed in a radio interview that his sister’s music career is being inspired by Satan hence her social media craze.

He added that his sister has been having horrible nightmares and she intends to repent from her ways.

Meanwhile, Yaa Jackson in a short meet-up with an Instagram blogger known as Ghhyper claimed she hasn’t heard what his brother said.

It seems the controversial singer is not ready to reply to her brother’s allegations yet.

VIDEO: Black Sherif opens up about his experience with women