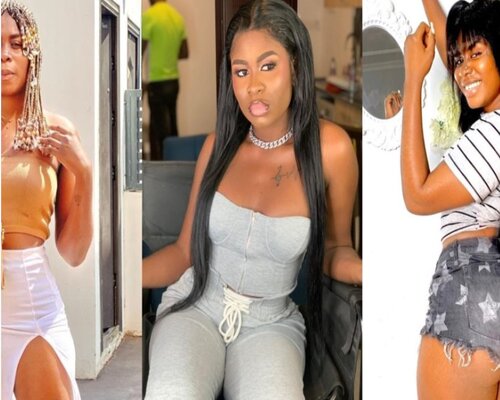 Good girl gone bad, Yaa Jackson has yet again caused a huge stir on social media with a video of herself almost [email protected]

The popular actress turned full-time musician in recent time has tried her best to carve out a niche for herself when it comes to posting such provocative photos and videos online.

Taking to her Snapchat page in the early hours of today, Yaa Jackson shared a video that had her raw backside on full display with a very small covering.

So far, a few people who have seen the video sighted by zionfelix.net are equally bewildered at the sight of the goodies she put on display.

As it stands, it is very safe to say that Yaa Jackson‘s recent claims that she was giving her life to Christ were just some shenanigans to sell the song she was about to release at the time.

In the voice of President, Yaa Jackson‘s claims that she wass giving her life to Christ “at) nsuom”