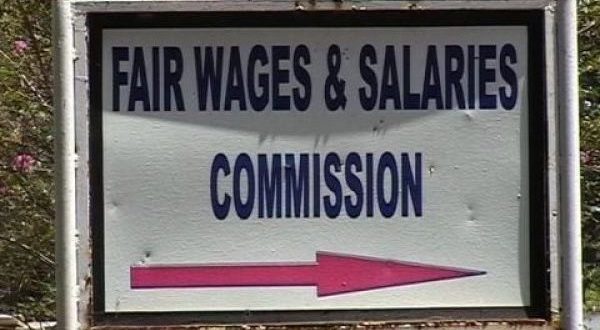 The Fair Wages and Salaries Commission says it will soon meet all stakeholders to determine if the 20 percent Cost of Living Allowance (COLA) demanded by teachers will be paid.

NAGRAT and other teacher unions have given a June 30 deadline for government to pay the allowance or face a series of industrial actions.

According to NAGRAT, the current economic hardship has made teachers worse off, hence the demand for allowances to be paid.

But the Fair Wages and Salaries Commission maintains that all relevant stakeholders must come on board for a final determination of the payment.

“It’s fair that stakeholders are able to propose the payment of COLA or any other allowance, but at the end of the day, we have to get to the table with organized labour, government and all other parties to determine whether COLA will be paid. We are also yet to negotiate the base pay for 2023 so that it is factored into the budget. That is yet to be done to determine the minimum daily wage”, said Earl Ankrah, Head of Public Affairs at the Commission.

Vice President of NAGRAT, Jacob Anaba, explains that the ultimatum comes on the back of current economic conditions and the worsening plight of teachers, as well as government’s failure to negotiate.

“The President had earlier said, and I quote, “we (government) know how to bring the economy back to life. What we do not know is how to bring people back to life”. The question is what has changed? Mr. President, your people (workers) are dying; please attend to them now and do not prioritise the economy over the human resources. The worker can no longer bear the economic hardship.”

The leadership of NAGRAT noted they would be pushed to embark on an industrial action if their demands are not met.

“We, therefore, demand that, as a matter of urgency, the Government must grant workers a Cost Of Living Allowance (COLA) of 20% at the end of June 2022. Leadership would be left with no option than to declare a strike by the end of July 2022, if all the requests made are not adhered to. Leadership hereby yields to the demand of members for positive action, beginning with the wearing of red bands by the end of June 2022, if the demands made are not met”, he added.