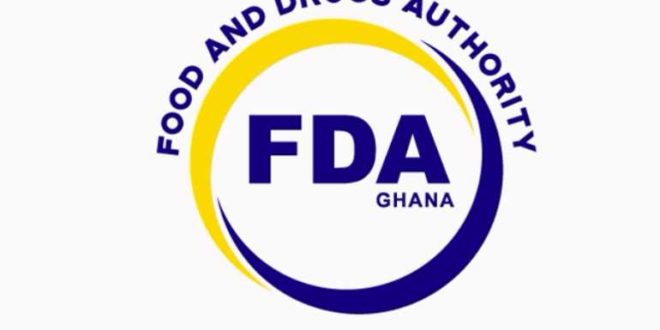 The Food and Drugs Authority has cautioned shop owners to desist from exposing water and beverages to direct sunlight adding that the authority has teamed up with other state security agencies to arrest and prosecute traders and distributors who fail to comply with the directives.

The move according FDA was part of the authority’s efforts to protect the public from consuming unwholesome foods and products on market.

The Ashanti Regional Principal Regulatory Officer for FDA Abenaa Agyapomaa Asiamah who spoke in  an interview on the Kumasi based OTEC 102.9 FM’s morning show, “Nyansapo” indicated that ‘’we should pay attention to the labels found on drinks and water where is a statement as” store in a cool dry place” and not in direct sunlight.

The FDA says it is very dangerous to consume beverages that are directly exposed to sunlight.

FDA has also disclosed that it was equally injurious to ingest canned foods, bottled and sachet water exposed to direct sunlight or heat while in its container.

According to the authority, direct exposure to the sun-rays alters the chemical composition of the drinks, which could lead to cancerous infections.

“Bringing these foods into contact with heat or direct sunlight, makes it hazardous for their health, when exposed to certain temperatures, hence the need to conserve them in safer environments”. She told the host, Captain Koda.

Abenaa Agyapomaa Asiama however urged consumers be circumspect and only purchase beverages that are under favorable temperatures, particularly frozen ones.

“We as FDA has been very consistent on advising shop-owners to prioritize the safety of their customers, by ensuring all beverages are stored within acceptable temperatures, but i personally believe that individuals also have the responsibility of purchasing foods kept under good hygienic conditions”