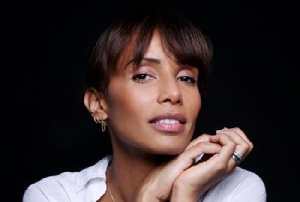 The French portal, Le Parisien, reports that Sonia is being held over the case of the “ill-gotten gains” of the Gabonese presidency.

Ms Rolland is a Rwandan-French actress and was Miss France in 2000 – the first African-born winner of the pageant, a BBC Africa LIVE report noted.

The portal disclosed that Sonia was indicted on Monday, May 30, by a Parisian investigating judge for covering up embezzlement of public funds, corruption and abuse of corporate assets.

Authorities accuse her of having received in 2003, an apartment in the very chic 16th district of Paris from Omar Bongo, the late president of Gabon.

A generous gift of which she should have known the fraudulent method of acquisition, according to the prosecution.