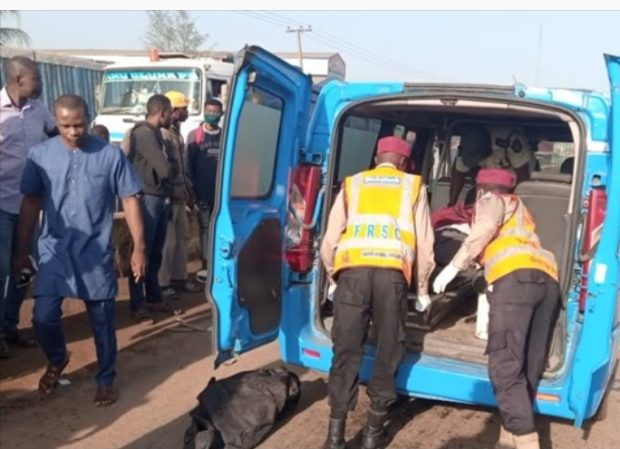 About 11 persons were said to have been involved in a ghastly crash along the Odufo Road in Etche Local Government Area of Rivers State.

They were reportedly returning from a wedding ceremony.

It was learnt that the accident occured when a truck had head-on collision with a bus conveying wedding guests on Sunday, with fatal result.

It was further learnt that the bus was travelling to Abia State when the incident occurred.

Spokesman of the Rivers State Police Command, Nnamdi Omoni, who confirmed the incident to our correspondent on Monday morning, however, said five copses were recovered from the scene, but sources in the area said the figure was higher.

“Yes, I am aware of it. Five bodies were recovered from the scene and deposited at the hospital. Some persons with injuries were taken to the hospital. I don’t know if there were more deaths,” he said.

Related Topics:crashWeddin guest
Up Next

3 Missing in Kumasi after torrential rain