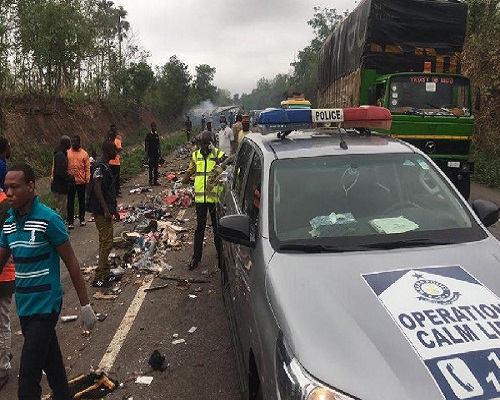 At least 15 passengers in a commercial vehicle have been admitted at the Konongo Odumasi Hospital in the Ashanti Region after their car was involved in an accident.

The accident, involving a truck, a Metro Mass Transit bus, and a few other vehicles happened in the early hours of Saturday, on the Duampopo-Konongo Odumase stretch.

Speaking to the media, eyewitnesses at the scene said the accident was caused by an abandoned motorbike in the middle of the road.

Although some security personnel have reported to the scene, the development led to heavy traffic on the Duampopo-Konongo Odumase road.

Two Police officers die in separate crashes while on duty