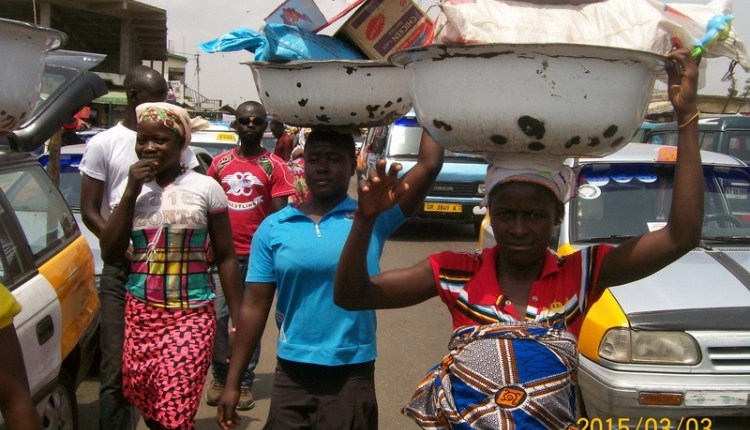 At least 150 girls, especially head porters (kayayei), have been provided with livelihood skills and some enrolled back to school.

This was made known at the follow-up interactive session with beneficiaries of the Chief Justice (CJ) Mentorship Programme, being done in partnership with United Nations Population Fund, (UNFPA).

The programme is to motivate the Kayayei to pursue further education or venture into other profitable businesses.

She said the girls were selected from the Greater Accra, Bono East, Ashanti and Eastern regions.

Rev Kevi said the programme which was initiated by the former Chief Justice, Mrs Georgina Theodora Wood, offered opportunities to beneficiaries to observe court proceedings and the legal system in the country.

“On an annual basis, young people from second cycle institutions from selected schools across the country are brought to the premises of the Supreme Courts to interact with the Chief Justice, members of the Judiciary and Legal fraternity, to observe court proceedings as a means to expose them and create their awareness on some aspects of the legal profession and proceedings that relate to the administration of justice,” she said.

She said the programme was an avenue to help the Kayeyei girls realize that there were opportunities to pursue their goals, irrespective of the challenges, and not to fall prey to child marriages.

She was optimistic that the involvement of the migrant school dropout girls in the Chief Justice mentoring program would facilitate varying levels of interest in girls’ empowerment among the target group.

Selina Owusu, National Gender Analyst at the UNFPA said in 2016, the UNFPA advocated the inclusion of marginalized head porters in the urban markets to empower them.

“Our continuous commitment to the elimination of Child Marriage means that this partnership with PAYDP and The Chief Justice Mentoring Programme is actually a viable one, deeply rooted in our shared responsibility and investment to protect and empower vulnerable girls,” she said.

Mrs Owusu advised the girls to be focused and not to accept early marriage or anything that could hinder their education.

A beneficiary Salah Abudu, who is now a second-year student at the Nursing and Midwifery College University of Ghana, said she was motivated by the stories shared by lawyers during one of their interactions.

“I left Tamale to Accra to be a head porter when I was in Senior High School form two, to look for greener pastures but through this programme we went to CJ’s office and I heard stories that enlightened me, so I went back to school and now I am in the university,” she said.

Ms Jennifer Mumuni disclosed that she had been enrolled into beads making and could now sell the products to make ends meet.