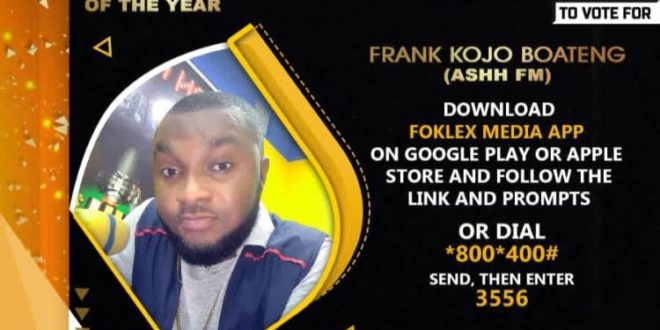 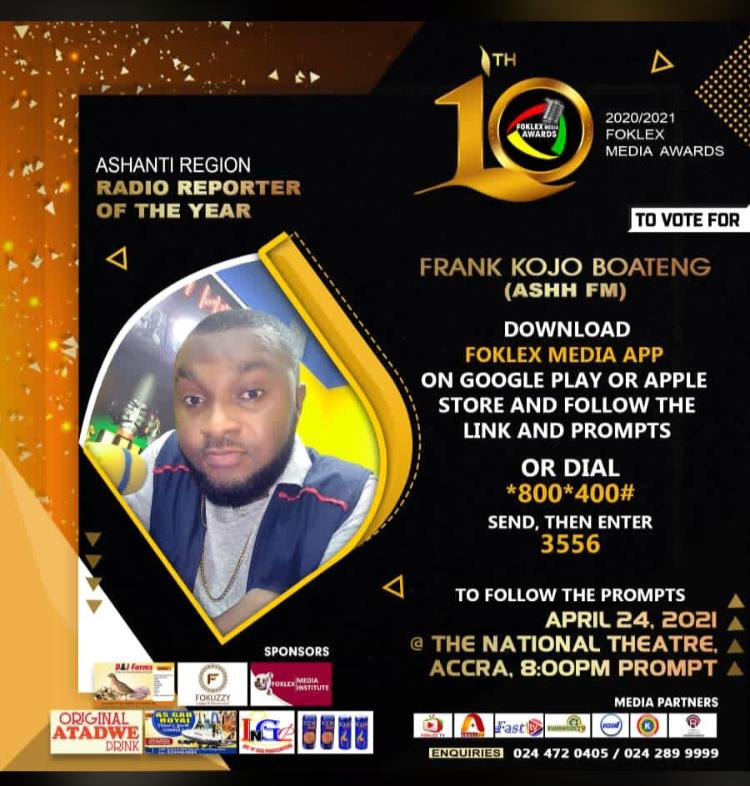 Workaholic Frank Kojo Boateng, reporter of Ashanti region-based multiple award-winning radio station Ashh FM says his ambition is to win the best reporter category in the Ashanti region.
Kojo Boateng studied at the Radio Of Excellence at Santa Maria in the Greater Accra Region in the year 2012 to fulfil his dream as a reporter and disc jockey.
According to Kojo Boateng, he got the opportunity to work with Ashh Fm, a subsidiary of Kencity Media owned by the Member of Parliament of Assin Central Mr Kennedy Ohene Agyapong as an attachment student in the Ashanti regional capital.
“Winning the best reporter in the Ashanti region will be a dream come through and I know with hard work and dedication it can be achieved. I believe with the support of my colleagues, friends and mates I will be adjourned as the best reporter in the Ashanti region”.
” My greatest dream as a journalist is to see myself at the highest level like renowned and astute media personalities like Kwami Sefa Kayi(Chairman General), Abeiku Aggrey Santa, Kwame Nkrumah Tikesie, Captain Smart, Kwesi Pratt, Abdul Malik Kweku Baako among others. Their words always motivate me to do more; Kojo Boateng added.
According to him the 8 years he has attained the inky fraternity has made him get love and passion for the journalism work and looking forward to getting more nominations to awards among other benefits as a journalist.
This year’s Foklex Awards Media ceremony will be their 10th anniversary and it will be held at the National Theatre on the 24th of April 2021.
Source: Thepressradio.com/Dickson Boadi
AWARDS foklex MEDIA 2021-04-07
admin
Share