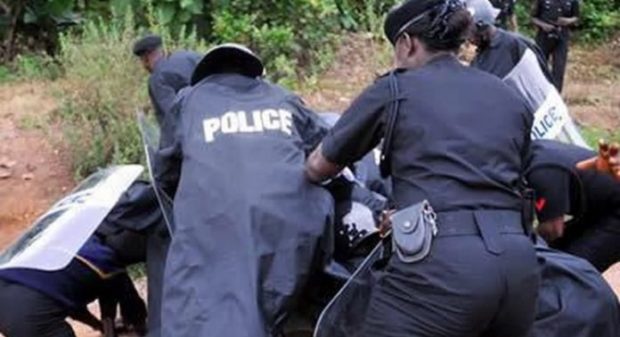 Four motorcyclists were on Friday docked in an Ikeja Chief Magistrates’ Court for allegedly beating up a police officer and causing his teeth to fall out.

The Prosecution Counsel, ASP Clifford Ogu, told the court that the offence was committed on September 22 at 8 & 9 Bus stop, Ayobo, Lagos.

Ogu said that a group of Police Patrol team arrested Dayo who drove against traffic on a one-way lane.

The prosecutor also said that his other accomplice came down from their motorcycles and attacked the police men.

The prosecutor said that they injured Sgt. Bada Adebayo, removed two of his teeth and left an injury on his face.

The defendants, pleaded not guilty to the charges.

The Chief Magistrate, Mrs S. K. Matepo admitted the defendants to bail in the sum of N100,000 with two sureties in like sum.

Matepo adjourned the case to November 3 for mention.