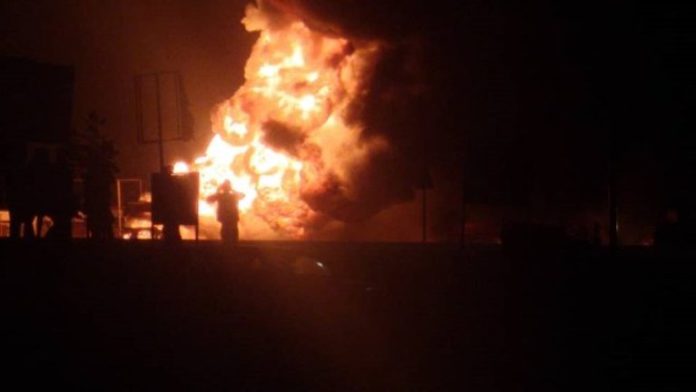 A 63-year-old trader, Madam Elizabeth Yawa Afenyo has been burnt to death at Dzoanti, a farming community in the Kpando Municipality.

Her body was found burnt beyond recognition in an uncompleted building in the Community.

Mr. Emil Senyo Wordey, Assembly Member, Dzoanti/Gadza Electoral Area told the Ghana News Agency (GNA) that he was informed of the incident at around 0500 hours on Thursday, February 13, 2020, by two young men.

He said one of the young men said he was attending to nature’s call at around 0400 hours, when he saw smoke emanating from the uncompleted building.

Mr. Wordey said because the body of the deceased was burnt beyond recognition, they had to used her clothes scattered around, to identify her, as she was earlier seen carrying them the night before the incident.

He said that the scene looked like the deceased being mentally unstable had set fire either to cook or warm herself but fell asleep with the fire spreading to where she was sleeping near some dried maize husks.

Mr. Wordey said the deceased had allegedly stabbed herself a few times in 2017 and was treated at the Margret Marquart Hospital, and had been on medication since.

Mr. Daniel Afenyo, the deceased’s brother said her sister was sleeping with their mother but due to her condition, sneaked out when their mother was fast asleep.

The Police in Kpando confirmed the incident and said they had started investigations into the incident.