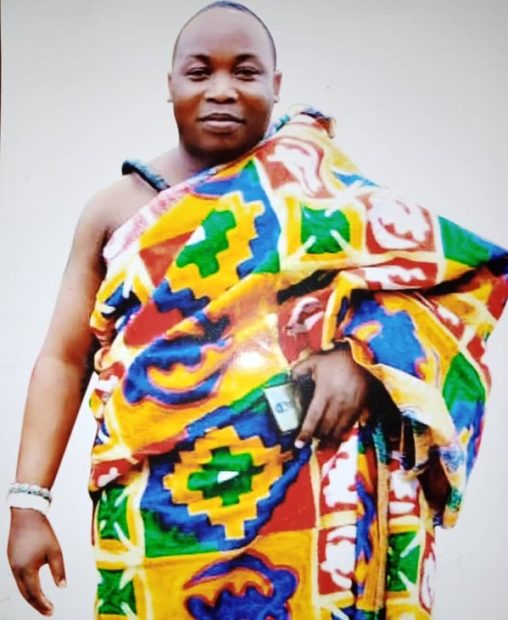 The Chief of Ada Nene Okumo Lanuer IV, (Dangme Biawe Wetsoyi) of Big Ada in the Greater Accra Region has been dragged to court for defaulting in the payment of two loan facilities amounting to GHc125, 973.00 with accumulated interest.

The defendant is said to have secured the loans from Vessel of Hope Micro-credit on July 4, 2017 but has since defaulted in payment of the loan facilities.

The case before the Sogakope High Court presided over by Justice Justin Kofi Dorgu is expected to be determined today, Friday, October 15.

The Plaintiff Company per the CEO Zebulon Okudzeto, in his statement of claims, stated that the plaintiff is seeking the recovery of the sum of GHc370,000 being the agreed debt owed the defendant to plaintiff.

The plaintiff is also claiming interest of 20% on the said amount of GHC370,000 from September 30 2018 to the date of payment as agreed and signed with guarantors of defendant and the CEO on February 9, 2018.

The plaintiff is seeking also general damages for breach of agreement and cost including legal and filing fees.

In his statement of claims, the plaintiff stated that it is a micro-credit provider registered under the laws of Ghana with its registered office located on Big Ada.

It stated that Defendant is a Chief of Dangmebiawe who applied for and obtained a loan of GHc125, 973 from plaintiff company on July 4 2017, to enable him to solve his chieftaincy problems and to obtain his gazette.

According to the statements of claims, Plaintiff said in the terms of the agreement, the Defendant had to pay back the total amount of GHc523,933.00 being Principal with interest at January 2018.

“Plaintiff says Defendant failed to pay the remaining balance of GHc463, 933 as agreed but rather approached plaintiff on February 4, 2018 and re-negotiated the debt with plaintiff company which agreed on a reduced amount of GHc440,000 to be paid by Defendant by September 30, 2018.

“The plaintiff says it was also agreed on February 4, 2018, that, if the Defendant default in paying the GHc440, 000, 20% interest shall be calculated on same from the date of the default up to the date of payment,” the statement of claim noted.

“The plaintiff says he served defendant with a letter dated July 10, 2018, asking defendant to pay the outstanding debt as agreed before September 30, 2018 but to no avail.

“Plaintiff says the failure of defendant to comply by the terms of the agreement had negatively affected its business,” it noted.