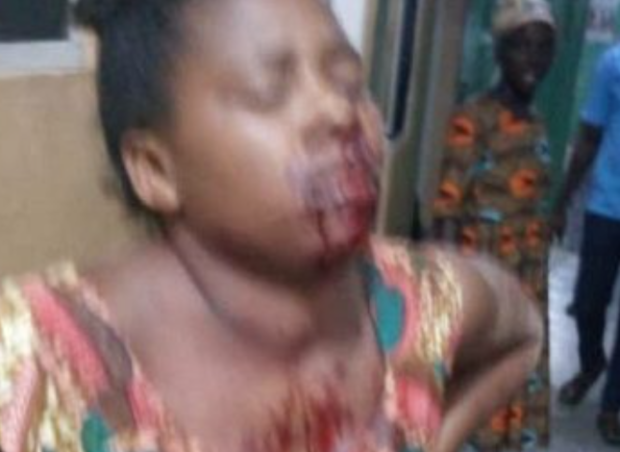 POLICE in Adeiso in the Upper West District of the Eastern Region have launched a manhunt for the arrest of a 30-year-old man for allegedly brutalizing his 29-year-old girlfriend, Mary Ama Nyorkey, for asking him to marry her.

According to the Police report, the victim, Mary Ama Nyorkey, was cohabiting with the boyfriend, Delalu Kwasi Atakpa for some years without any effort to marry her.

She then decide to leave the house of the boyfriend after a misunderstanding ensued between them to stay with her mother at Amaakrom near Adeiso.

However, the boyfriend, Delalu Kwasi Atakpa was not happy about the issue and demanded she return to his house which the victim refused.

The victim narated to the Police that she then ask her boyfriend to come and marry her by performing the customary marriage rites before she will return to his house.

This infuriated the suspect who trailed and launched a sudden violent attack on the woman leading to severe injuries.

Mary Ama Nyorkey who has been treated and discharge from the hospital was beaten mercilessly by the boyfriend, after afflicting severe injuries on her.

The suspect after committing the act, had since gone into hiding.
The Police have since declared him wanted.