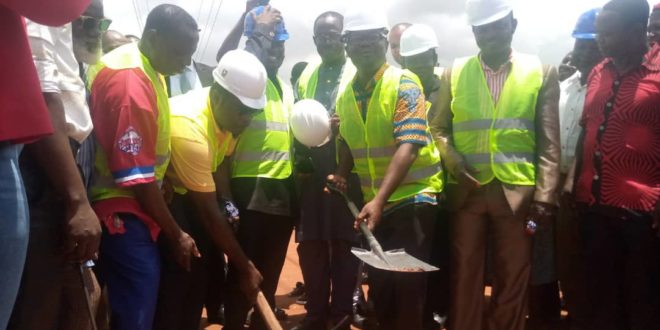 The Afigya Kwabre South District Assembly in the Ashanti region in collaboration with the Northern Quarries Association has cut sod for the construction of three bridges in the district.

The project with an estimated cost of three hundred and seventy thousand Ghana cedis (GHC 370,000) will be constructed at Mowire, Heman and Buoho communities.

According to Otec News’ reporter, Jacob Agyenim Boateng, who witnessed the ceremonies on Tuesday, August 3, 2019, at the various communities, the projects will be constructed by Geniue Way Constructions limited.

The projects are expected to be completed in three months.

The chairman for Northern Quarries Association, Adu Tutu Gyamfi,  after  the sod cutting ceremonies said the  projects forms part of their cooperate social responsibilities and believed will strengthened the good ties between them and the communities.

He added that the completion of the bridges will help the people, who are mostly farmers, to transport their farm produce to other communities with ease.

He hinted that the association will also embark on the construction of a police station for the Buoho community to deal with criminal activities and rehabilitation projects on some selected schools in the Afigya Kwabre district.

He called on the residents in the district to support the association in their activities for both parties to reap the benefits of the quarries in the area.

The District Chief Executive (DCE) for Afigya Kwabre South district, Hon. Christan Adu, called for a deeper mutual relationship between the assembly and the association for the development of the district.

Some residents at the communities after the sod cutting expressed joy over the projects and called on the contractor to expedite works to help ease their movements. 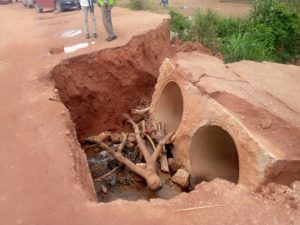 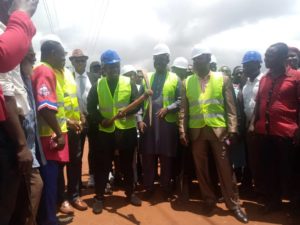 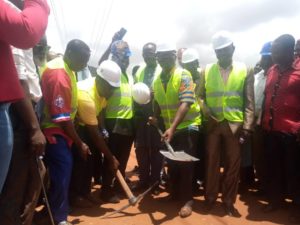