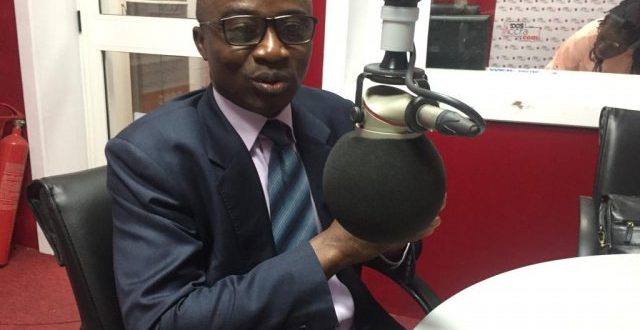 The governing New Patriotic Party (NPP) has an interest in the ongoing murder trial of Mr Gregory Afoko, brother of the party’s once-suspended and now-former National Chair, Mr Paul Afoko, the lawyer for the accused person, Nana Yaw Osei Osei, has said.Mr Afoko and a second suspect are standing trial for the murder of the Upper East Regional Chairman of the NPP, Mr Adam Mahama, who died in a hospital following an acid attack on him on 15 May 2015.Mr Afoko has been in the custody of the state for almost three years.He was granted bail by an Accra High court in March 2019 and admitted to a bail bond of GHS500,000 with two sureties, one of which was to be justified.However, he was still kept in custody despite meeting all the bail conditions.A different judge of the same high court recently reversed the bail granted the accused person, arguing that Mr Afoko will not show up for the trial should he be let go.Speaking on the Ghana Yensom show on Accra100.5FM on Thursday, 19 July 2019, Mr Osei said the legal team will do all it can to ensure that justice is done in the matter.“Legally, we will look for the best way forward to get him the bail,” he said, adding: “We will look for ways to react to the High Court decision.”Asked if he thought the NPP as an entity had an interest in the case, Mr Osei answered in the affirmative, saying: “I think the party has an interest. In their minds, they think Gregory killed Adam Mahama.”“I will tell you why I think they have an interest. The current Upper East Regional Chair of the NPP, who is a lawyer, is always with the AG in court. He sits with the AG in court and that tells you the party has an interest”.“Nothing prevents him from sitting with them but I only want to let you know that the party has an interest.”Mr Afoko’s lawyer added, however, that: “I can’t say that they want Gregory to be jailed at all cost.”Source: Ghana/ClassFMonline.com