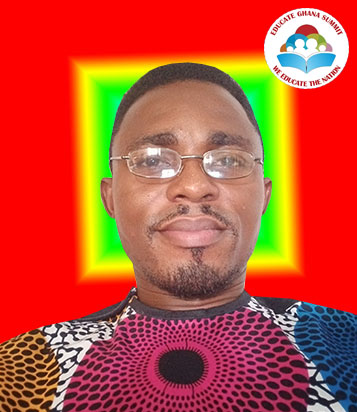 Fellow Africans, let’s observe one minute silence for the fallen leaders. May their souls continue to rest in peace.

On this sad day, as African Countries claim to celebrate the establishment of the African Union but very little or nothing to boast of, let’s be circumspect and delve into pertinent issues battling development in most African countries.

African leaders and we the followers are the cause of our downfall. To be honest with you, we only need attitudinal change to transform Africa and not these scam Political Parties which normally create, loot and share.

Actually, African leaders misconstrue politics and partisan politics. So, they only steal national cake with their pens and share among themselves. I will use this opportunity to teach them the meaning of Leadership, Politics and Partisan Politics.

▪️Leadership is the art of motivating a group of people to act toward achieving a common goal. Correct leaders have a positive attitude and seek the wellness of their followers first. Leaders serve their followers and not to be served. Leaders are patriotic; they do not create loot and share with their families and cronies whilst followers starve.

▪️Politics is activities aimed at improving someone’s status or increasing power within an organization. Politics exposes sensitive leaders to run a government. Politics is not about collapsing opponent’s business but is about nation building.

▪️Partisan politics refers to a committed member of a political party or army. In multi-party systems, the term is used for politicians who strongly support their party’s policies and are reluctant to agree  with their political opponents on critical national issues. It’s defending your party and betraying your countrymen no matter your intelligence level, you have to deceive to attain worldly things. African leaders, please, shift.

The youth of Africa is calling for Patriotic Leaders and followers with a positive attitude not Partisan leaders with higher academic qualifications and scam ideologies to deceive followers meanwhile, their countries are crumbling.

Africa is not poor. Africa is rich but over the years, our leaders have been duping the African continent with their pens yet, we salute them as Presidents, Ministers, MPs, CEOs, Directors, Managers, Honorables etc. We only need attitudinal change to transform Africa.

God gave Africa everything, renewable and nonrenewable resources but due to greediness, favoritism, hatred, tribalism, complacency etc. we cannot manage our own affairs.

The objectives of the AU are the following:

▪️To defend the sovereignty, territorial integrity and independence of its Member States.

▪️To accelerate the political and social-economic integration of the continent.

Fellow citizens, considering the above, how do you assess the impact of AU in your country? Is your country developed, developing or underdeveloped?

What did AU do to support the late?

The late Prime Minister of Libya?

Bringing some few other African countries to book.

According to the latest report released by DMO, Nigeria’s total debt portfolio rose to N25. 7 trillion as of June 30, 2019, compared to N24. 9 trillion recorded in March 2019. That is, within three months, Nigeria increased its debt by N754.

The national debt increased in Gabon

Africa!, we have a long way to go. I urge the youth of Africa to stand for the truth and nothing else. With love, patriotism, solidarity, self-esteem etc. we can restore African values. It is the intension of every nation in the world to be fully developed so that its citizens will live comfortably. For a community or nation to develop however, its citizens must contribute meaningfully no matter their status in the society or country. Once again, let’s stand firm for something positive.

Mind you, “Without patriotic political education, a soldier is only a potential criminal” – Thomas Sankara.

Come one, come two, and come all to join us to make Africa proud again. It’s possible.

Related Topics:Educate Ghana Summit
Up Next