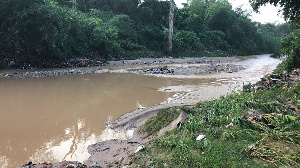 Residents of Ohwim, Abrepo, Adankwame, Asuofua have sparked outrage on the leadership of the Kumasi city over their incompetence to solve the flooding situation in their community.

According to the angry residents, it’s time leaders such as the NABMO, the Kumasi Mayor, Parliamentarians and all other stakeholders perform their duties.

Their anger is premised on the failure of the aforementioned stakeholders to be proactive on pertinent issues. According to them, authorities only wait for unfortunate incidents to happen before they demonstrate their leadership through verbal brags.

Speaking to GhanaWeb‘s Nana Peprah, residents who were trapped by the Owabi River on the Abrepo-Ohwim road following Tuesday’s heavy downpour vented their frustrations.

The rain which started around 4:30 pm on Tuesday evening trapped hundreds of pedestrians and motorists after it over flooded the bridge.

It has been alleged that a woman got missing during the process.

A young man who was saved by a rescue team after almost getting drowned told the youth that there was another woman he believes had got drowned.

Meanwhile, the Assemblymember for Abrepo-Mpatasie electoral area, Daniel Acheampong speaking to GhanaWeb said, they were yet to confirm the truth of the said rumour.

He however entreated the affected areas to exercise patience since the bridge had already been awarded on contract.

He again advised the general public to desist from dumping refuse in waterways adding that the flood was caused by waste materials that had been dumped into the waterways.

GhanaWeb‘s visit to the scene saw waste materials such as plastics, used fridges, televisions and other unwanted items that had been chocked in the waterways.

Residents said they are going to teach the supposed leaders, especially the politicians a bitter lesson during elections.

“They take us for fools after we vote for them. None of them is willing to think about our lives,” a woman lamented.

An angry youth from Ohwim also added: “They shouldn’t come to us for any votes. We can see that we have no leaders and we will leave on our own.” 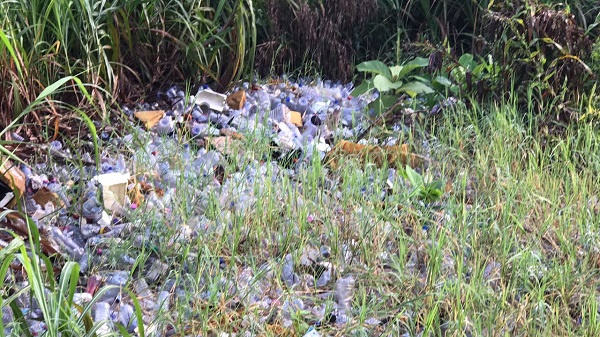 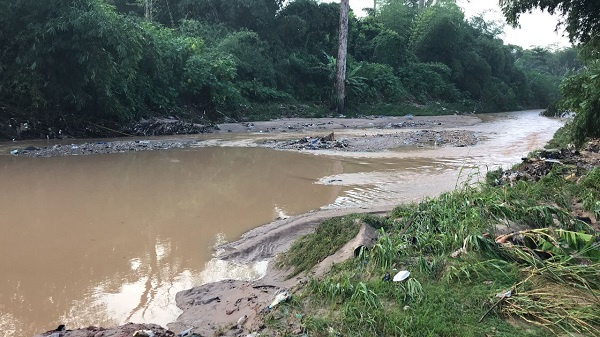 Source: www.ghanaweb.com
Related Topics:KUMASIRESIDENTS
Up Next