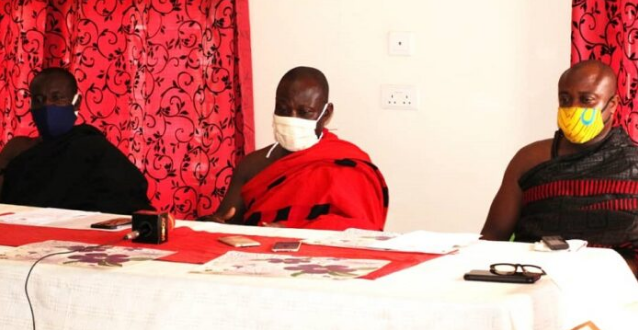 Apologize for calling us liars – Anum Chiefs to DCE

The Anum Traditional Council is demanding an unqualified apology from the District Chief Executive for Asuogyaman, Samuel Agyekum for calling Acting President of the Traditional council a “liar”.

This comes after complaints made against the Assembly by the traditional authorities for donating only one veronica handwashing bucket to the entire area of about twenty (20 ) communities. 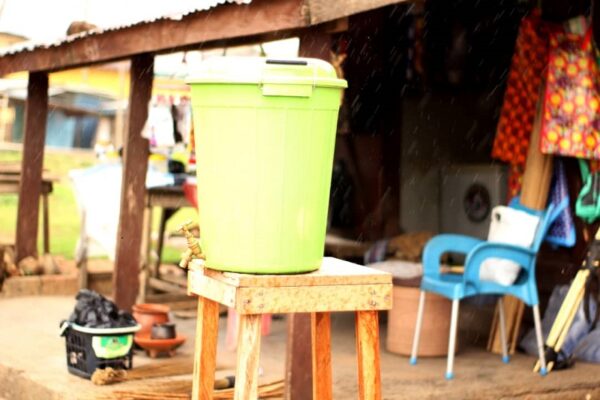 The DCE is heard on tape angrily making claims that the Chiefs cannot dictate to the Assembly how to use Covid-19funds insisting the Chiefs are neither Heads of Common Fund Administration nor in-charge of parastatal organizations, therefore have no locus to determine how to use monies disbursed to the Assembly.

Addressing the media on Friday, Okogyeaman Nenye Kwasi Anyane, the Acting President of Anum Traditional Council said the Chiefs feel slighted by the comment of the DCE that has tarnished the image of the stool.

Following the development, the Chiefs on Friday slaughtered a sheep to pacify the stool but demanded from the DCE an apology, as well as accountability on funds and donations released by the government and private individuals respectively for COVID-19 fight. 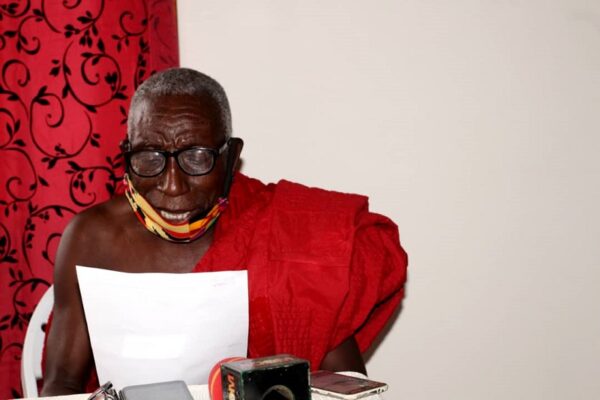 Isaac Osei Ayensu, Secretary to the steering committee of the traditional council who read the resolution told us, Nananom is only dealing with the conduct of the DCE and nothing else.

The story of 21- year old boy who behaves like a monkey ; stays in …