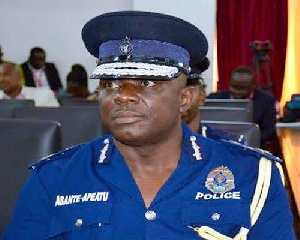 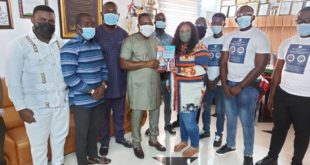 The Jubilee House has said the immediate past Inspector General of Police David Asante-Apeatu was fired from the post.

It comes after some Ghanaians continue to wonder why the president didn’t allow the police chief to serve the remaining one month left on his contract at the job.

A statement from the presidency announcing his removal said “The President thanked him for his many years of service to the country, and wished him well in his retirement”.

President Akufo-Addo has asked the Deputy Inspector General of Police, Mr. James Oppong-Boanuh, to act as IGP until a substantive IGP is appointed in accordance with the Constitution.

Speaking to Starr News, Communications director at the Presidency Eugene Arhin said the president is nonetheless impressed with the performance of Mr. Asante-Apeatu.

When asked if the police chief was fired, he said “Yes, he is been asked to proceed on leave until his retirement”.

Previous New data reveals who South Africa’s “favourite visitors” are :Ghana Out of the Top 10 List
Next Give Black Stars one more chance to win AFCON – Acquah