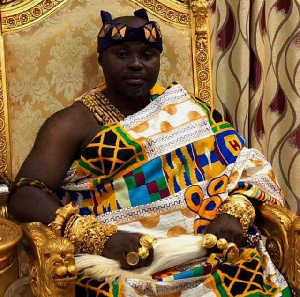 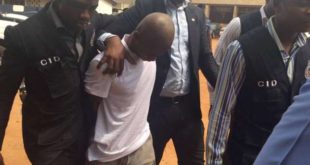 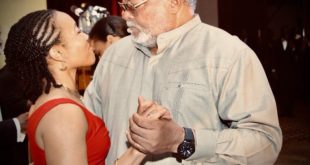 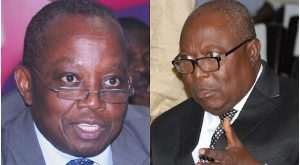 That’s how Monarchical Historian, Osei-Bonsu Sarfo Kantanka, sums up the mood of the Asante King. He says Otumfuo is devastated by the death of his close relative and long time chief driver.

“It is only natural to accept the fact that it would go deeper to hurt him[Asantehene]. It will hurt him a great deal,” he said.

He explained the Asantehene has a “very cordial relationship with the late chief who until his enstoolment was his chief driver. He is not just a chief; he is somebody very close to him[Asantehene]. Even before the person became chief, he was his chief driver,” he revealed.

“Imagine your chief driver you trust most who has also become a chief; whom you trusts most and therefore protects you, “Mr, Safo Kantanka added.

The killing of Asamponhene, a prominent sub-chief at the Manhyia Palace comes as shock not only to Asanteman, but the entire nation.

It is the second time in 10-years a prominent personality linked to the seat of the Golden Stool has been killed under such mysterious circumstances.

Asantehene’s spiritualist with the Nsumankwaa Division, Opanin Akosa, was shot to death by unknown assailants at Atafoa in Kumasi, in 2009.

In this recent killing, three people, one of them described by police as a confidante of the late chief, have been picked up while police search for more suspects.

The Asamponhene, is one of the important chiefs in the traditional set up at the Manhyia Palace. He is a member of the Mawere Division headed by the Mawerehene with 24 other sub-chiefs. As one of the trusted war marshals of the Asantehene, he is not just closer to the King, but performs specialized duties for the Asantehene- protect the King and the powerful Golden Stool.

His traditional status allows appellations, motivational or war songs sang for him at public functions or on the streets, a privilege bestowed on only the Asantehene.

He is also among few chiefs who take part in ‘Akradware’ (cleansing of souls) ceremony and qualifies to sit in a palanquin during the Busumuru rites of the Asantehene.

Mr. Sarfo Kantanka who has been speaking about the important role of the Asamponhene at the Manhyia Palace is providing the link between the Asantehene and his sub-chief.

Manhyia Palace is yet to publicly comment on the brutal killing of the once Chief Driver of Asantehene.

Mr. Sarfo Kantanka, however, says Otumfuo is hard hit by the incident.

“Nobody needs to be told that, it is one of the pains of Asantehene.”

Mr. Sarfo Kantanka says the departure of Asamponhene who performed specialised role to protect Asantehene and the Golden Stool leaves a avoid at Manhyia Palace.

” A vacuum is created because of the way he does his things. It is very difficult for two people to play one single role perfectly well the same way,” he said. 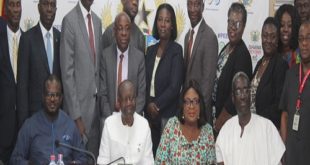