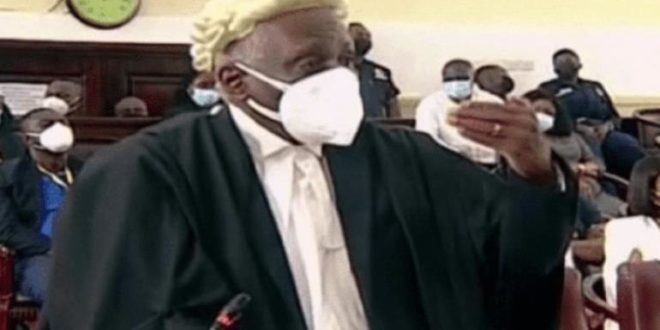 The Supreme Court has scheduled March 30, 2021, to deliver its ruling on the review application filed by lawyers for the people of SALL following the apex court’s decision to quash an earlier ruling by the Ho High Court on the election of John Peter Amewu as MP-elect.

Tsatsu Tsikata, lead Counsel for the petitioners argued on March 17, 2021 that the apex court erred when it referred to the right to vote as a provision falling within the Directive Principles of State Policy under the Constitution rather than being among the fundamental human rights.

He was more concerned that students of constitutional law should not have to consider these erroneous statements as legally correct.

The representative of the Attorney General, Chief State Attorney, Ms Grace Ewoal, conceded to the first ground of the application for review argued by Mr Tsatsu Tsikata but opposed the idea of granting the plaintiffs the review sought.

She asked that the application be dismissed because there was no new information submitted by counsel for the petitioners that merit granting the review.

Mr Tsikata in a rebuttal stated that since the Attorney General conceded to Ground (a) alone is reason enough for the application for review to be granted but Justice Kulendi asked Mr Tsikata to leave that to the court to decide.

The other grounds for review raised by counsel for petitioners were objected to by the Chief State Attorney.

On 5th January 2021, the Supreme Court quashed a ruling by the Ho High Court ordering John Peter Amewu from holding himself as the MP-elect for the Hohoe constituency following a suit filed by professor Margaret Kweku and four others arguing that the decision to disenfranchise the people of SALL is a human right violation.

But an application filed by the Attorney General at the Supreme Court led to the quashing of the orders of the Ho High Court made on 23rd December 2020.

After the hearing on Wednesday, March 17, 2021, one of the petitioners, Professor Margaret Kweku, the NDC’s 2020 parliamentary candidate for Hohoe said “It was significant that the Attorney-General conceded our first ground of the review application’’.

The NDC in the Volta region agrees with the counsel for the petitioners saying “As our Counsel said at the end, that is a sufficient basis for the review to be granted. We look forward to the decision of the Supreme Court and to the further hearing of the case in the High Court, Ho to ensure enforcement of the fundamental human rights of the people of the SALL traditional areas, including the right to vote and the right to be represented in the 8th Parliament of the Fourth Republic of Ghana”.