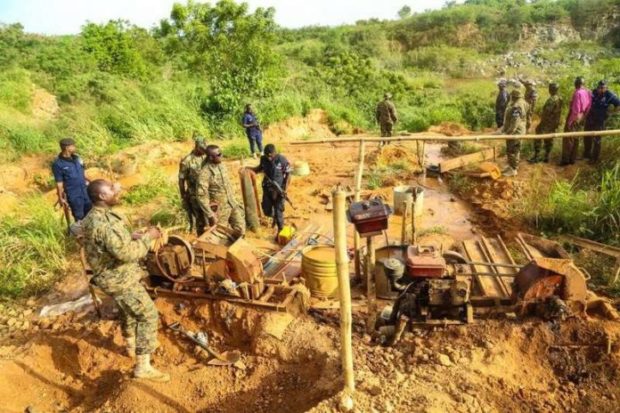 The workers say they have used their hard-earned compensations to secure the Prestea Gold resources.

Following the sale of the Bogoso Prestea Mine under the previous owner, Golden Star Resources (GSR), the workers say they were expecting to be paid their monies.

This expectation was, however, not met, leading to a series of strikes and lawsuits against the company.

Speaking on Beyi W’ano, a segment on Adom FM’s Dwaso Nsem morning show, a former worker at the mines, Richard Quaicoe accused a section of his colleagues of trying to outsmart others.

He alleged that some of the workers who were affected during the change of ownership went to court on the blindside of the majority to demand about 70% of the compensation due, over 1700 workers.

The situation, he explained, has left the fate of many hanging as there is only about 30% settlement left for more than 700 workers.

But former Prestea-Huni Valley MP who was also a worker at the mines, Francis Adu Blay, on the same show, fought off the claims.

According to Mr Blay, all the affected workers were offered an opportunity to join the legal action against the company, adding they wrote names and paid monies for the processes but others later came for their monies and withdrew from the process.

“We had 823 names on the list but there were rumours and threats that those still at post will be sacked if they joined the legal action.  As at that time, we were pursuing our severance package which started in 2002 even before I became Assemblyman and MP. So the money was awarded to only those who went to court,” he explained.

Mr Adu-Blay, however, indicated the workers are expected to appear before the Takoradi High Court Human Rights Division on November 1, 2021, to put the matter to rest.