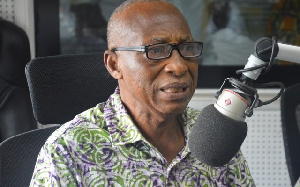 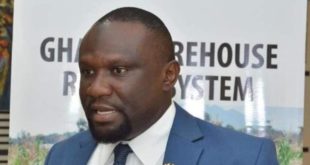 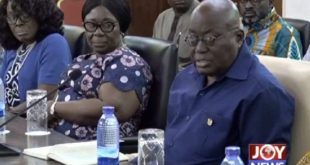 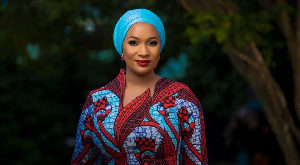 Four personnel of the Criminal Investigations Department of the Ghana Police Service, on Tuesday, 19 May 2020, arrested and questioned Major Kwadwo Boakye-Djan (Rtd) for allegedly saying on public radio that there would be civil war in Ghana should the Electoral Commission go ahead with its plan to compile a new register of voters

Speaking on Accra-based Okay FM about a week ago concerning the compilation of a new register, the retired army officer said all crises and civil wars in Africa had been triggered by electoral disputes, adding that Ghana’s election management body was treading that path.

He then warned: “If they want it, they will get it, quote me”.

The EC said last week that no individual or authority can direct or control it as far as carrying out its constitutional mandate is concerned.

In a statement bearing the signature of the election management body’s Acting Director of Public Affairs, Mrs Sylvia Annor, the EC said it has “noted, with grave concern, comments made by Minority Leader Haruna Iddrisu during a press conference held on 7 May 2020 that sought to attack the integrity and mandate of the Electoral Commission as well as the creation of an erroneous impression in the minds of the general public on its attitude as far as the COVID-19 pandemic is concerned”.

Among other things, Mr Iddrisu told the media that EC Chair Jean Mensa, “sometimes, also comes to us as if she is running an NGO”, adding: “Let her be reminded that she is running the Electoral Commission of Ghana – a state institution expected to be independent”.

He also said: “The Constitution provides for a terminal end of the mandate of the President and Members of Parliament after every four years and presidential and parliamentary elections ought to be conducted and conducted by the availability and presence of a credible voter register, which is the responsibility of that Commission. No excuse will be accepted.”

“The fact that it is not ready means somebody is incompetent or somebody is not up to the particular task,” Mr Iddrisu added.

The Minority Leader also questioned the priorities of the government and the EC as the coronavirus festers.

“It is absolutely troubling and shocking that in the face of such a pandemic, our government chooses to supply PPE to officials of the Electoral Commission when doctors, nurses and other frontline healthcare workers are crying for PPE”, the Tamale South MP said.

“All these come at a time the EC’s plan to begin its infamous and life-threatening registration in June this year, has been exposed after a presentation the EC made to ECOWAS leaked. It is worth noting that the EC’s timetable, as presented to ECOWAS, remains unknown to Parliament and opposition political parties,” Mr Iddrisu added.

In its response to the Minority, however, the EC said Mr Iddrisu “is reported to have registered the displeasure of the National Democratic Congress (NDC) on the management of the COVID-19 pandemic by the Commission in the performance of its official duties as well as its unchanged stance to compile a new voter register with a new voter management system.”

The Commission, therefore, said it “finds it troubling that the leader of the Minority party in parliament will put out information of this nature without substantiating its authenticity.”

The EC also denied claims that it has been disregarding the COVID-19 safety protocols while carrying out its duties.

“The EC would like to state that since the outbreak of the COVID-19 pandemic, it has taken concrete steps in adhering to the rules and regulations regarding the protocols spelt out by the Ghana Health Service and the Ministry of Health, and, therefore, has not violated any safety protocols in the discharge of its duties.

“The Commission takes collective decisions on all electoral processes in conformity with the country’s republican Constitution. It is, therefore, equally worrying that a statement would be made to suggest otherwise with the ultimate aim of tarnishing the image of key officials of the Commission”.

“As stated in Article 36 of the 1992 Constitution, the EC would like to reiterate that it shall not be subject to the direction or control of any person or authority in the performance of its functions, except as provided for in the Constitution or any other law consistent with it.

“All stakeholders are hereby reminded that plans are far advanced for the compilation of new voters register with a new voter management system for the upcoming 2020 presidential and parliamentary elections. The Commission is, however, sensitive to the current state of affairs due to the COVID-19 pandemic and will abide by the necessary precautions and safety protocols in the execution of its mandate when it deems it appropriate to begin the compilation of the register.”

“The general public is being cautioned to disregard any fictitious election timetable and other letters circulating on social media purporting to have emanated from the Commission. The Commission wishes to call on all well-meaning Ghanaians to cooperate with it for the success of the 2020 presidential and parliamentary elections”. 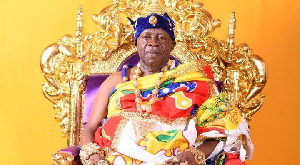 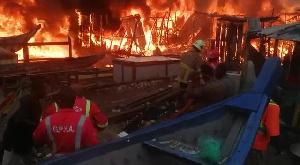