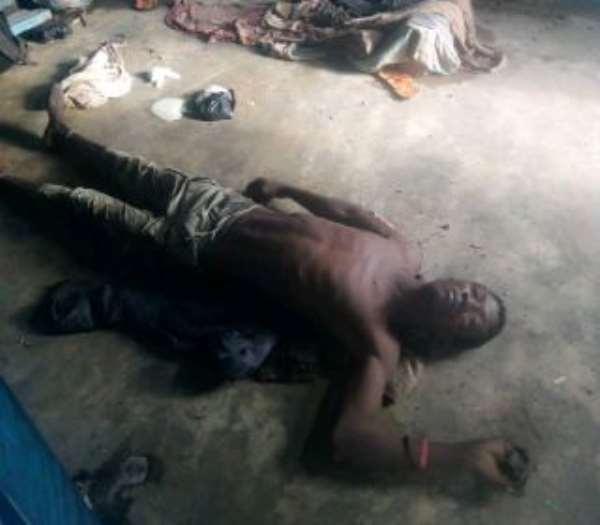 An unidentified man has been found dead in a non-functioning drinking spot at 18 condemn, a suburb of Bole in the Bole-Bamboi District of the Savannah Region.

Residents say the police was called to the scene but left immediately after inspecting the area to attend to official procedures to be signed by the District Police Commander before conveying the lifeless body to the hospital for autopsy.

The lifeless body of the unidentified man as of 5:30 pm yesterday was still left at the abandoned drinking spot.

Man goes blind after being bitten twice by deadly snake