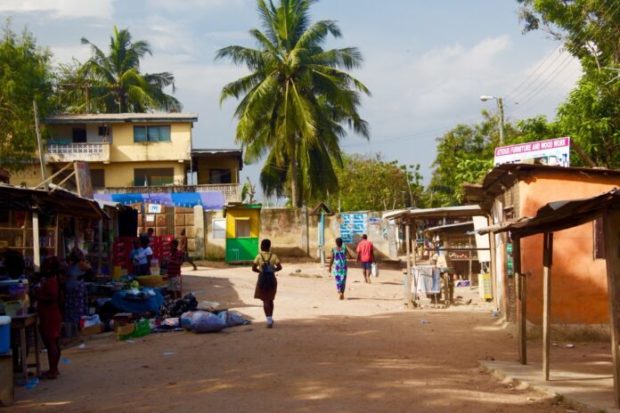 The deadline set by the Gomoa East District Assembly for residents of Buduburam camp to vacate the place expires today, Thursday, September 30, 2021.

According to the Gomoa East District Security Council (DISEC), there has not been an extension of the eviction date beyond the 30th September 2021, neither is the planned demolition also suspended.

A statement signed by the District Chief Executive, Solomon Darko-Quarm urged all occupants and the general public to disregard any contrary information regarding the exercise and adhere to the eviction date as already communicated.

“The public should take note that the actual date for the demolition has not yet been announced but would surely take place any day after Thursday, 30th September 2021,” the statement added.

Meanwhile, some angry residents of Budumburam camp clad in red armbands on Wednesday besieged the Gomoa Budumburam Police Station demanding a halt to the demolition exercise scheduled for Thursday, September 30, 2021.

According to the residents, hundreds of people will be displaced if the demolition of the 141 acre land is allowed to go on.

Some residents who spoke to EIB Network’s Central Regional Correspondent Yaw Boagyan denied the perception that the Budumburam camp harbours criminals and urged the government to reconsider its decision.

The over 1000 residents who stormed the Police station said they have nowhere to go and will become homeless if the camp is demolished.

They also threatened to vote massively against the government if the former refugee site is demolished.

Speaking to the Leader of the Refugee Camp residents, Dennis Graham said, they have written several letters to all the appropriate offices in a bid to stop the demolition but all proved futile.

The camp was provided to Liberian refugees.

Related Topics:Buduburamevictionexpires today
Up Next