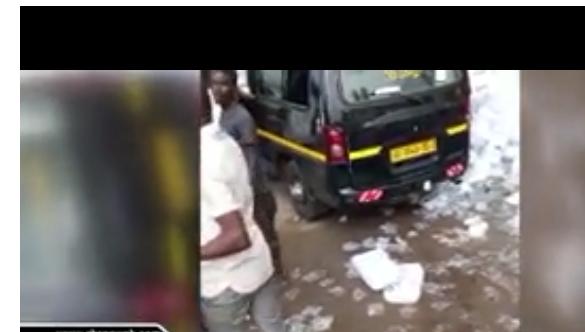 • An accident has happened at Adeiso

• The number of injured is yet to be ascertained

A sister of the Upper West Akyem Member of Parliament, Frederick Obeng Adom, has escaped unhurt in a terrible accident.

At least one person has been crushed to death while many others have sustained injuries in the terrible accident which happened Tuesday evening, August 31, 2021, at Adeiso, in the Eastern Region.

Some motorbikes also got smashed by vehicles with their riders sustaining various degrees of injuries.

According to an eyewitness, who spoke to GhanaWeb‘s Eastern Regional Correspondent, a Kia Riano carrying bags of sachet water with registration number GW 1364-12 lost its brake and ran hazily towards the exit point of the Adeiso Lorry station.

On reaching the Lorry station, a bus with the number GG 2043 which was also coming out of the station hit the Kia truck, making it lose balance, and subsequently ran into two oncoming buses with numbers GT 5911-18 and GT 5175-12.

The buses simultaneously skidded to opposite sides of the road and rammed into two separate shops including that of the MP’s sister’s at Bawjiase junction.

It is not yet confirmed how many persons have been injured or died in the gory accident but one could see a head smashed by the bus that run into one of the shops – a pastry-making shop.

The police MTTD at Adeiso are currently at the scene of the accident.

Source: www.ghanaweb.com
Related Topics:busSHOPveers
Up Next

I birthed him at 10 months – Mother of ‘Volta Giant’ recounts