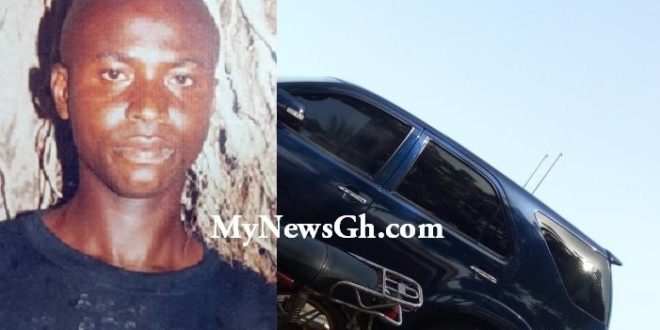 CEPS Boss’ vehicle runs over policeman killing him on the spot 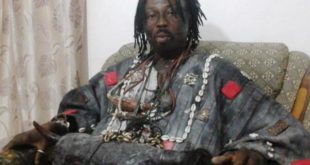 The vehicle of the Afloa Sector Commander of the Custom Excise and Preventive Service (CEPS) has run over a policeman killing him on the spot, MyNewsGh.comhas confirmed.

It is gathered that Madam Sheila Vigbedor was in the vehicle with registration number GRA CD 10 that killed the policeman on a motor on the spot on while on her way to meet the Municipal Chief Executive (MCE) for the area on an appointed meeting.

Information gathered points to the fact that, the police officer only identified as  Simon, was riding in the opposite direction to the vehicle of the CEPS commander, towards the Aflao boarder when he overtook a passenger vehicle and run under the speeding CEPS vehicle heading to the office of the MCE.

In clarifying what happened, the MCE for Aflao Elliot Agbelorwu who confirmed the unfortunate incident to MyNewsGh.com stated “I had an appointment with the Customs Boss billed for 1pm. On her way to my office, she called me to report the unfortunate incident. In her account, she said the accident happened around 12:50pm when on her way to my office, the police officer on a motorbike without helmet overtook a passenger vehicle and run under her vehicle from the opposite direction”.

The MCE revealed that the policeman was rushed by the CEPS commander to the Aflao District Hospital where he was pronounced dead on arrival.

“I have called the Police Commander and lodged the complaint and he has begun investigating the incident” the MCE added.

The police commander, Superintendent Obrako Bempah who confirmed the incident on a local radio station, Holy Fm and stated “we are now picking pieces of information from eyewitnesses”.

“The driver of the passenger vehicle entered the road without watching his driving mirror to see his back, apparently, Simon the police officer from behind managed to dodge him and in the process hit his driving mirror and fell. The motor dragged him under the vehicle of the CEPS commander coming from the opposite direction” the police commander added. 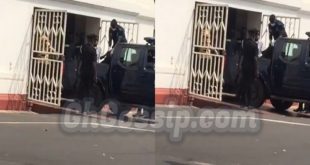 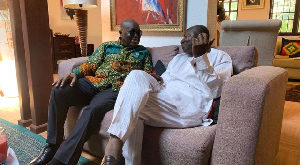