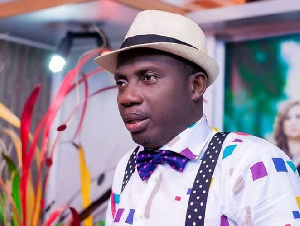 Controversial counselor, George Lutterrodt, has described the estranged wife of Director of Communications at the Presidency, Gloria Assan Arhin, as mentally unstable, should it be established that she was the mastermind behind the leaking of the documents she sent to a court, seeking an annulment of their marriage.

Social media was awash with the scanned documents of the divorce she had sent to an Accra High Court, detailing her reasons for seeking the termination of the marriage, among several accusations on her husband’s changed attitude towards her after h
e got into political office.

Among the details was the shocking insight into the largesse and extent of extravagant wealth Eugene Arhin had been able to acquire in the last four years, with many calling for investigations to be made into how he came to own so much in such a short time.

Eugene Arhin has come out to deny the claims being made by his wife but that has not doused the flames of this brewing, fiery subject.

In a Facebook video from his appearance on a program on Accra-based Neat FM, and monitored by GhanaWeb, Counselor Lutterodt said that for any woman who is embittered about her toxic marriage with her husband, and in an attempt to seek a divorce, releases such private details of her spouse to the public, should be checked for mental unfitness.

“If it is true that she posted what I am reading, if not, she should issue a disclaimer because you cannot wreck the boat that you have sat in before. You don’t do this to a husband. Why? Is it hurt or pain? I am still saying that I don’t want to believe that she posted what is going on. Is it to disgrace Eugene?” he questioned.

He explained further that in the case of Gloria Arhin, to have had a Tubal Ligation, it may well be because she did not undergo careful counseling.

He added that there is nothing wrong if any man decides to have children out of a marriage since it is not new.

“If they’ve tied your womb because of a reason that you won’t give birth again and because you say you can no longer stay in a marriage because it has broken, what is the problem? I mean, do I give you back your womb? That is why you think well, through counseling, before you do tubal libation.”

Among the revelations in the divorce documents were accusations that the Director of Communications at the Presidency owns a 5 bedroom house at East Legon, 16 flats at Bubuashie, 16 flats at Weija, a storey building at Teshie, a house at La, a house at Senya Bereku, a waterfront house at Ada, and a house at the AU village at Cantonments, and a number of plush vehicles.

HOT VIDEO: Ghana Police Responds After Funny Face Threatened To Sue Them for 5m for Abusing Him