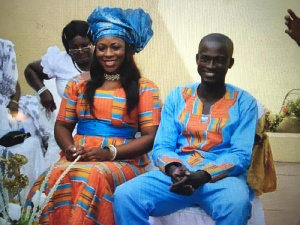 •Eugene Arhin and his wife Gloria Assan have divorced

•The wife was granted custody of their children

GhanaWeb has obtained the full ruling by the Divorce and Matrimonial Division of the Accra High Court on the divorce case involving Director of Communications at the Presidency, Eugene Arhin and his now ex-wife Gloria Assan.

The court presided by Justice Cecilia Don Chebe Agbeyey, granted the divorce wish of Gloria Assan on the ground that the union was irreparable and it will be in the interest of the parties to go their separate ways.

The court also rejected adultery claims by Gloria Assan against Eugene Arhin on the ground that Gloria Assan failed to provide any evidence to substantiate her claims.

She, therefore, noted that “the petitioner (Gloria) merely repeated her pleadings, and thereby failed woefully to adduce evidence of circumstances that would have enabled the Court to make the necessary inference to the effect that the Respondent (Eugene Arhin) committed adultery.

“Thus, I am unable to find that the Respondent (Eugene Arhin) committed adultery,” the court said.

The court granted the full property request by Gloria Assan but awarded GH¢100,000 lump sum instead of the million cedis she requested.

Read the ruling below