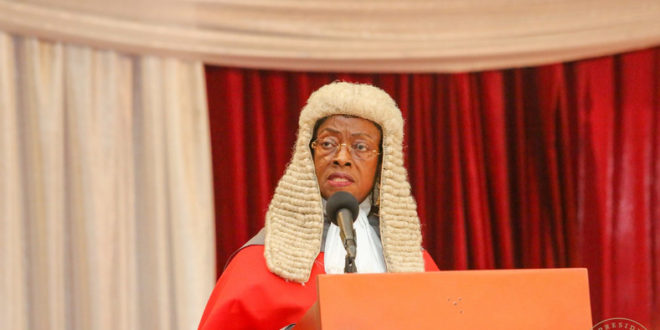 Chief Justice hints of merger of all lower courts

The Chief Justice, Her Ladyship Justice Sophia Akuffo, has commissioned a new District Magistrate Court in Wulensi in the Nanumba South District of the Northern Region.

The edifice, which is the first of its kind in the district, was built with the District Development Facility of the assembly.

Addressing a mammoth gathering of chiefs and people of Wulensi, Chie Justice Akuffo said her office is working on reforms to facilitate a fast justice delivery system.

She hinted of a merger of the lower courts for cases to be heard in one facility.

She explained that the merger will lessen the stress clients go through in accessing circuit courts, particularly.

“As I speak, there is a draft memorandum at cabinet for the merger of the lower courts which when considered will reduce delays in the justice system.”

Justice Akuffo also talked about an E-justice system, which will connect all facilities across the country.

She gave the assurance that with the necessary ICT systems, the project will be completed by 2023.

Her Ladyship expressed gratitude to the Assembly for providing the edifice, which will ensure ready access to court for the promotion of justice.

“Let me say this, the Local Governance Act of 2016 especially Section 12(3) of the enactment provides for assemblies to provide facilities for the promotion of justice.”

She appealed to the Assembly to consider solarizing the facility to reduce cost of electricity.

Justice Akuffo charged staff who will be working in the facility to take good care of it and also ensure they exhibit very high level of professionalism in the discharge of their duties.

On his part, the District Chief Executive for the area, Ibrahim Munkaila Nagtomah, applauded his predecessor for starting the project in 2010.

He said the court will help the traditional authorities to manage the land system by providing legal guidance.

He added that cases will also be heard in the District which will ease the plight of the people who are caught up with the law, travelling 25 kilometers to Bimbilla for justice.

Some members of the community expressed gratitude to the Assembly for the facility.

The Nunumba South District was carved out of the then Bimbilla District in 2004.

The District has an estimated population of 94,000 with a 2.8 percent growth rate.

It is also made up of three area councils and surrounded by 147 communities.

Farming is the predominant occupation with over 80 percent of the people engaged in the activity.

The assembly through the District Development facility has built a court for the District.

Prior to this move, cases in the District were referred to the Bimbilla Magistrate court which is 25 kilometers.

Previous I was assaulted by policemen for refusing them sex, female student shares her sad story
Next Asantehene marks Akwasidae in London 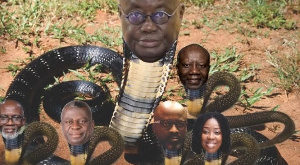