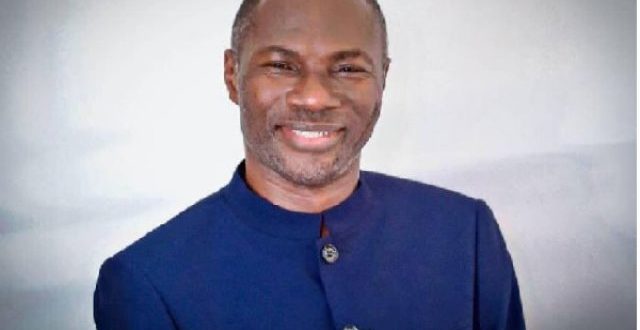 The Christian Council of Ghana (CCG) has criticised the bigotry statement by Founder and General Overseer of the Glorious Wave Ministries International Church, Prophet Emmanuel Badu Kobi.Prophet Kobi at a sermon described women from certain tribes as unwise and unmarriageable and admonished prospective husbands to avoid marrying from those tribes.He told his congregation that: “Fanti women are foolish sometimes and Ewes too are doormats. But for Ashanti women no!… If you marry Ashanti lady, you have imported problem for yourself forever. I have done research and it is so and I’ll never marry an Ashanti woman…”His comments have not gone down well with a section of the public and the latest to demand a retraction and apology from Prophet Kobi is the umbrella body for churches in Ghana.General Secretary of the (CCG), Rev Dr Cyril Fayose stressed in an interview with Class FM that: “What he (Prophet Kobi) did was not right, let’s call a spade a spade. We will not encourage anyone to take the law into their own hands and behave in any untoward manner”.Rev Dr Fayose emphasised that: “The right thing must be done and such statements have the tendency not only to divide us but even cause more damage to us as a society”.He, however, cautioned against any retaliation by individuals or groups and maintained that the goal of the clergy is “for him (Prophet Kobi) to realise what he has done and apologise, and then it sends a message to all others that you must be guided in what you speak and what you say on such important platforms”.His comments follow an earlier statement by the CCG signed and released by its chairman, The Most Rev Dr Paul Kwabena Boafo.The statement highlighted the “disapproval” of “the unfortunate tribal and gender comments made by Emmanuel Badu Kobi of the Glorious Wave Church International during a church sermon he preached in his church in which he ascribed certain negative traits to women of certain tribes in the nation”.The statement added: “The Christian Council of Ghana wish to state to the general public that such comments amount to gender discrimination and tribal division and should not be entertained in the country.“We, therefore, wish to condemn those statements in no uncertain terms and affirm that such statements do not represent the view of Christianity and the Church in Ghana.“The council wishes to state that all stakeholders must work hard to preserve our national cohesion and identity as one people, our rich diversity should be harnessed for the development of our nation and not be used as a tool for division.“The CCG wishes to appeal to pastors in the nation to use their pulpits to unite Ghanaians and not divide us on tribal, gender or religion lines, Ghana is one united nation that should be bonded in love and peace.“We, therefore, wish to reiterate our condemnation of the statement by prophet Badu Kobi any statement that divides our nation on tribal, political, religious or gender lines”.Source: Ghana/ClassFMonline.com