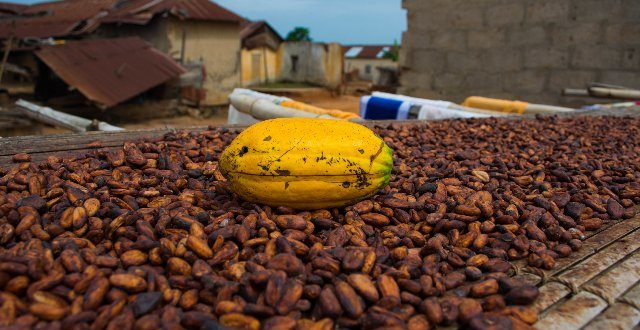 The Ghana Cocoa Board (COCOBOD) plans to channel funds, set aside for its Farmers Scholarship Trust for beneficiaries entering senior high schools (SHS), into developing school infrastructure for needy communities.

For almost 50 years, the COCOBOD, through its scholarship scheme, has provided scholarship for children of cocoa farmers in SHS, primarily paying for their tuition, including examination fees, boarding and feeding.

According to the Chief Executive Officer (CEO) of COCOBOD, Mr Joseph Boahen Aidoo, with the introduction of the free SHS, there was no longer the need for the fund to continue paying school fees, thus the decision to now channel that money into another profitable use within the education sector.

Speaking at a cocoa farmers’ rally at Kokobeng in the Akim Swedru District, Mr Boahen Aidoo said:  “Due to the free SHS introduced by the government, we want to channel that fund into improving school infrastructure in areas where the children walk several kilometres before they can access education facilities,” he stated.

He, however, indicated that the proposal was awaiting the approval of the Board of COCOBOD.

Accompanied by other directors from the Ghana Cocoa Board, Mr Aidoo and his entourage toured Pramkese in the Kwaebibirem Municipality, Kokobeng in the Akim Swedru District and Asuoso in the West Akim Municipality where they interacted with farmers.

The tour formed part of activities by COCOBOD to follow up on its Productivity Enhancement Programmes (PEPs). The COCOBOD CEO and his entourage met with more than a 1,000 cocoa farmers and cooperatives at the three rallies.

Last year, the Chairman of the Parliamentary Select Committee on Food, Agriculture and Cocoa Affairs and the New Patriotic Party MP for Nsuta Kwamang Beposo, Mr Kwame Asafu-Adjei, told Parliament that the scholarship scheme for SHS would be phased out by June 2019 after the last batch of the fee-paying students had completed school.

With the first batch of the free SHS students now in Form Three, the fund for the scholarship has not been utilised and Mr Aidoo said if the approval was given by the board, his outfit would take the initiative to use the fund to develop and improve infrastructure to address challenges associated with schools in dilapidated buildings and unavailability of school structures.

“In Cocoa Board, our scholarship is awarded to children going to the senior high school, but the government has made it free and that is why we want to invest in infrastructure after our research showed that some of the children walked over three kilometres before they could access educational facilities,” he explained.

He also indicated that the investment in school infrastructure would ensure that most parents benefited from the scholarship funds.

“We will invest in kindergarten, primary and junior high schools so that more structures will be constructed,” he indicated.

Elaborating on the PEPs, the CEO of the COCOBOD stated that they had introduced a number of programmes such as pollination, mass pruning, irrigation and a host of other activities that the farmers ought to know.

“We are following up to see how best farmers are adopting the PEPs,” he explained.

“The exercise will assist COCOBOD to improve upon the various interventions that are being run”, he added.

The COCOBOD instituted the cocoa scholarship award scheme as part of its welfare services to cocoa farmers for the education of their children in second cycle schools.

Averagely, COCOBOD sponsors about 7,500 students per year for the three-year SHS programme.