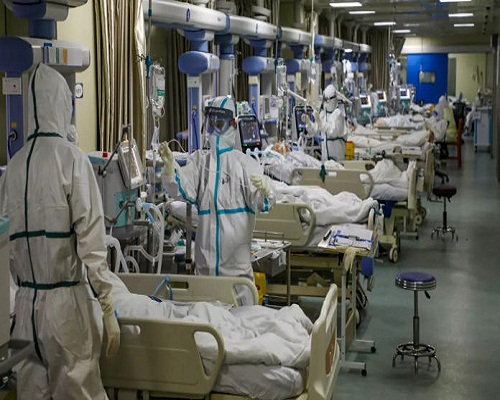 Thirty-three (33) Ghanaians have been killed by the Coronavirus disease in New York alone, Ambassador to the United States of America, Baffour Adjei Bawuah has disclosed.

Speaking on Ghone TV, Ambassador Bawuah said: “quite a number of Ghanaians have been affected and, indeed, we have 33 people who have been verified to have died from the disease in New York alone.”

Ambassador Bawuah also revealed that over 300 stranded Ghanaians in the US want to return to Ghana.

“At the moment, about 300 people have expressed a situation where they believe that they are stranded and, therefore, want to come back home. We are liaising with the US government, particularly, in connection with some students and some officials who came here and are stranded”.

“The students, in particular, are now living with host families and that has put a bit of pressure on these families but we are reasonably certain that by the end of this week, we would have been able to relay to the US government enough [detail] for those people to be brought home.”

Meanwhile, two members of Ghana’s Parliament and 13 staff of the lawmaking chamber have tested positive for COVID-19 after results of voluntary testing requested by the Speaker trickled in, Starr News has learnt.

It is unclear the identities of the affected MPs. Starr News sources say the results started coming in from last week.

Following the development, the Speaker has ordered for mandatory testing of all staff and members of Parliament. The move is to ensure effective contact tracing since MPs interact among themselves often.

The Speaker has, however, assured the results of the testing will be highly protected.

Commenting on the reports, Dr Prince Pambo, Medical Director for parliament on Covid-19 testing said: “I have no idea about that and I don’t even think it is news if any MP has the virus, there are nearly 7000 Ghanaians who have contracted it”.