Home / GENERAL NEWS / Crusader of the Independence of the Volta Region, 8 others arrested 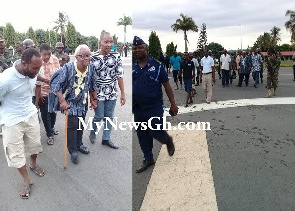 Crusader of the Independence of the Volta Region, 8 others arrested 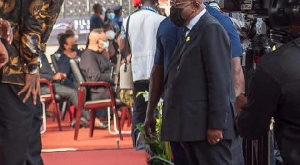 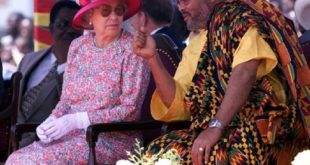 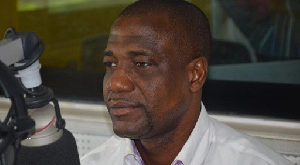 The Chairman of the Homeland Study Group Foundation (HSGF), Papavi Hogbedetor and eight others championing the independence of the Volta Region were on Sunday evening picked up by a combined team of armed police and military personnel, MyNewsGh.com has confirmed.

It is not known why they were arrested but this portal gathered that they have since been airlifted to Accra where they have been detained in the custody of the Bureau of National Investigations (BNI).

A member of the group, George Nyakpo who confirmed the arrest to MyNewsGh.com said “Kormi Kudzordzi was evacuated from a meeting in Ho to Accra by armed police and military men. We were at a consultative meeting at about 5pm, the helicopter landed in the 66 artillery regiment where he was picked and flown to a destination yet to be confirmed”

Mr Kudzordzi who is over 80 and claims to have the history of the plebiscite that added Volta Region to Ghana at his fingertips, has championed the independence of Volta region from present day Ghana.

This portal can report that Mr Kudzordzi may have been picked up in relation to an attempt to declare Volta Region a state on its own on May 8 for which meetings were been held to that effect.

This is the second time members of the group have been arrested in similar fashion after a similar arrest on February 23, 2019 while they were going on a health walk. They were later released on bail.

On another confusion broke out the over erection of a campaign sign board also seen as a threat by the District Chief Executive at Abotiase.

But Mr. Kudzodzi, said there was much security threat to Western Togoland General Assembly by Ghana government through her police who have been harassing members of various chapters and branches on their civil campaign.

Meanwhile, George Nyakpo disclosed that their lawyers are currently on their way to Accra to secure bail for all nine suspects who are yet to be charged.

Previous ‘I miss Hon. Kennedy Agyapong’ – Sarkodie
Next SOUTH AFRICA ELECTION: IRR poll suggests KZN, Gauteng could be hung, with ANC going under 50% in both