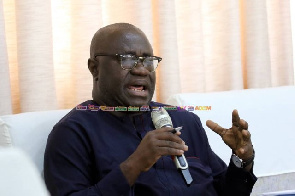 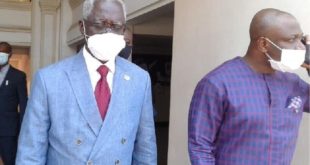 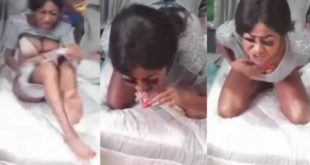 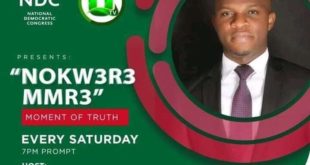 A Security expert has decried the weakness of Ghana’s state institutions after a Joy News investigation detailed how a pro-NPP militia defied the National Security with impunity.

According to Dr Kwesi Aning, the perpetual operations of De-Eye Group at the former seat of government, the Christiansborg Castle undermines the authority vested in the state’s security agencies.

Dr. Aning told Samson Lardy Anyenini on Joy FM/MultiTV’s Newsfile show Saturday that “if the National Security was unable to dislodge them, then there are disturbing questions” to be asked.

According to him, the group in question was evicted long before the Manasseh Azure Awuni- led documentary aired.

The group was evicted in October 2018, his statement noted.

Mr. Oppong Nkrumah in his statement also noted that the group, led by a former personal bodyguard of President Nana Akufo-Addo was allocated the office to work as taskforce to retrieve property from allies of the erstwhile John Mahama government.

But surprisingly, part of the secret filming done as part of the documentary was done in December, 2018.

Members of the group were taken through military drills and audibly exchanging military slogans.

Dr. Aning said it is worrying that the state security does not have the power to evict this group form the Castle which is now an annex of the Jubilee House.

“It undermines the power given to state institutions,” he lamented.

Kwesi Aning who is also the Director of the Faculty of Academic Affairs & Research at the Kofi Annan International Peacekeeping Training Centre (KAIPTC) noted that the exposé wasn’t surprising.

What alarmed him was the location of the militia group, a former seat of government.

He also expressed surprise at the blatant flouting of laws regarding incorporation to operate as a private security organisation.

A 62-year-old businessman, Alhaji Abubakar Sadiq, has been shot dead by unknown assailants at Asuadee …