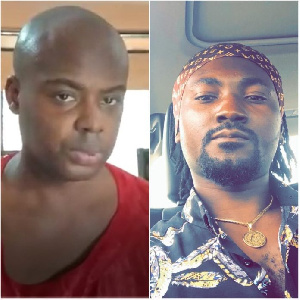 The family of a murdered young man at Ofankor in Accra, is pleading with the public to assist in providing information on the whereabouts of a Kia Picanto taxi driver with registration number GC 5074-16 for trial purposes.

According to the father of the deceased, Rev. Joseph Okyere, the taxi driver is an important person in the murder case filed before the court, hence the Judge’s demand for his presence.

“All information required of us has been given to the Crime Investigator, but for the court to begin proceedings, the presence of the driver is required. The judge has ordered us to look for him and present him before the court,” he said.

A neigbour to the deceased added that the driver in question was the reporter of the incident for which reason he could not be done without.

“He was the one who reported the case to the Police. From information we have gathered, he conveyed the suspect [Victor Steve Nana Kamkam] to the residence of the deceased [Benjamin Okyere] where he was shot,” Ibrahim Mohammed said.

About the murder case

A year ago, Victor Steve Nana Kamkam was arrested over the alleged shooting and killing of Benjamin Okyere at Ofankor ‘Spot M’ in Accra.

The shooting was in connection with the refusal of Benjamin to move out of his rented two-bedroom house following his rent expiration.

According to reports, Steve Kamkam stormed into the house and shot Banjamin three times: in the chest, leg and shoulder.

He was then arrested by the Achimota-Mile 7 District Police.

Related Topics:FAMILYTAXI DRIVER
Up Next

WATCH: How to get your Ghana Card for SIM registration – NIA Boss details